A LOAF of artisanal no-knead sourdough bread is too fancy to fit in a toaster, it has been confirmed.

27-year-old Nikki Hollis was disappointed to make the discovery after spending close to £5 on a pleasingly mis-shapen loaf covered in nuts and seeds and other fancy bits.

She said: “It looks great. It tastes pretty good. But can you toast it? No.

“I tried slicing off all the bits that didn’t fit, but it just fell to pieces. I tried rotating it to toast bit by bit, and ended up with a burnt central section and two untoasted ends.

“It’s not an unreasonable request, that bread should be toastable. But even trying’s littered the toaster with mad seedy lumps that set on fire.

“Am I meant to buy an artisanal toaster too? I don’t think I’m cut out for this. It’s back to Hovis for me.”

She added: “In theory I could put it under the grill, but I used it for bacon in 2012 and I still haven’t cleaned it.”

Johnson is to Corbyn as the Joker is to Batman, Labour admits 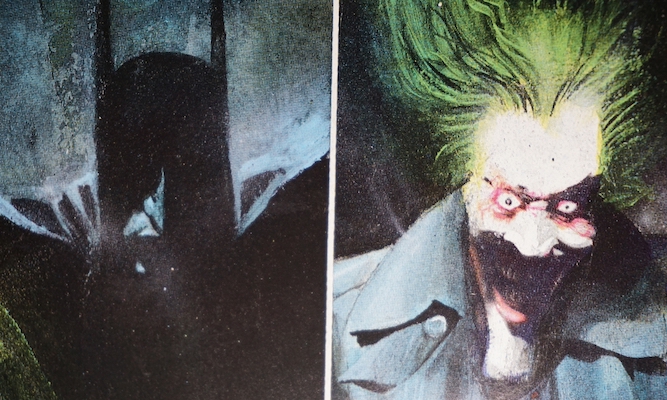 THE Labour party has admitted that Boris Johnson does to Jeremy Corbyn exactly what the Joker does to Batman.

A Labour spokesman confirmed that Corbyn is rational, serious and only wants the best for the people of Britain, like Batman, but the wild, freewheeling lies of Joker Johnson drive him so crazy that he does terrible things.

The spokesman continued: “Corbyn just can’t get a grip on Johnson. With his tricks and his deception he slips away, leaving Corbyn looking stupid and making him erupt with rage.

“Even worse, the people of Gotham, meaning Britain, have taken the cheating clown to their hearts and don’t like Batman, meaning Corbyn, because they say he wastes too much money on giant Bat-themed vehicles even though he’s only trying to protect them.

“The Joker, Johnson in this analogy, openly admits he’s going to kill them all but he’s a right laugh so the citizens support him regardless.

“Even when the caped crusader Corbyn wins then his chuckling nemesis is back out on the streets in no time, telling hilarious lies and murdering the innocent.”

He added: “Of course, Batman is a billionaire but he never wants anything for himself. Like Corbyn would, he only keeps that mansion for the good of others.”