BABIES have demanded food that tastes as delicious as the TV remote controls they love to stuff into their mouths.

Infants from four weeks to 18 months have also requested food with the delectable flavours of the corner of a book, the floor, their own shoe or a smartphone case.

11-month-old Martin Bishop said: “You ask why we won’t eat, but when we show you what we like, do you listen? No.

“Instead it’s pears and butternut squash and sweet potatoes. It’s like the grown-ups are hiding all the ‘used napkin off a Wetherspoon’s table’ jars for themselves.

“Don’t Sony want our money? Then why don’t they respond to the demands of the market and produce a range of foods tasting like their toothsome TV remotes, PlayStation controllers, phones and the rest?”

Nine-month-old Mary Fisher agreed: “It is absurd that quinoa gets its own pouch before the remote control for a 55in LG flatscreen. Where was the research?

“The first company to make a half-decent remote-flavoured meal is going to make a killing. Put your mortgage on it.” 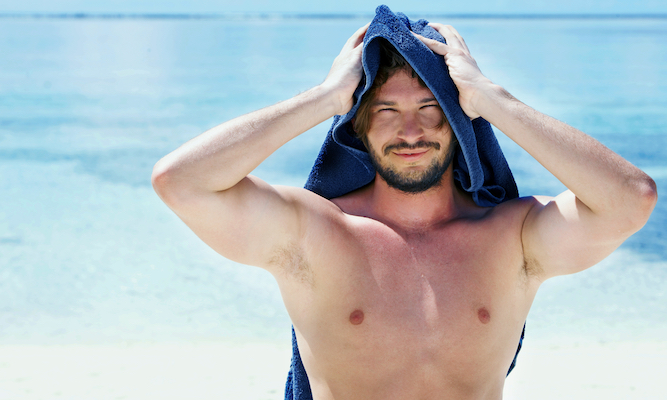 ITV’S Love Island has been hit by a scandal as five different contestants have all been exposed as the same man.

A headcount at the villa revealed that Tom, Callum, Curtis, Stevie, and Dan were all in fact a single man called Joe Turner from Leeds.

A show insider said: “To be fair, he’s as surprised as anyone.

“Apparently what happened is he kept going out the wrong door from the audition room then coming back in and they thought he was a different bloke each time, and he’s never that sure of his own name anyway so just went along with it.

“Because there’s no discernable physical differences between any of the men nobody realised for ages. Normally people would wonder why none of the five were ever in the same room at the same time, but that’s not how Love Island contestants think.

“So far he’s been gutted to have been thrown out, buzzing to be staying in, in love with at least three of the girls and apparently almost had a punch-up with himself. We don’t know how that worked.”