CARNIVORES have confirmed that they are willing to try any recipe that includes a vegan.

Meat eaters said they could even give up pigs, cows, chickens, ducks as long as they were still allowed to eat bits of vegans.

Professor Henry Brubaker, of the Institute for Studies, said: “People who eat meat tend not to care what type it is. Meanwhile, vegans want to stop the use of animals products and end the suffering caused by factory farming, which is very noble, but they’re going about it in the wrong way.

“All of these problems can be solved if we just feed vegans to the meat eaters and leave the animals out of it completely.”

Carnivore Martin Bishop said: “Once a vegan has been turned into chops, the meat eaters won’t notice anyway.  A shoulder of pork doesn’t look or taste much different from a shoulder of human, especially when covered in gravy.”

He added: “The only thorny issue is milk. I don’t want to drink milk that’s come from a vegan.” 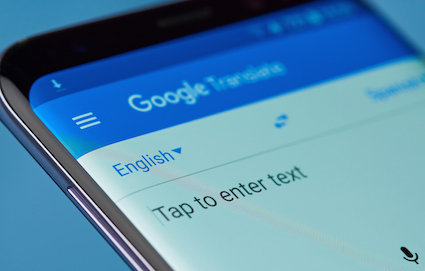 GOOGLE has admitted its translation service has no idea how to decipher a mother’s tone in her latest series of messages.

In an act of desperation, perplexed Sally Jenkins entered several of her mother’s cryptic notes into Google Translate in a bid to understand ‘what the hell she was getting at’.

Jenkins said: “I noticed something was up with mum’s texts when she started ending each one with a full stop. Nobody does that, not even serial killers.”

Jenkins fed the messages into Google Translate, mostly involving a planned visit that ‘will be over before it’s started’, but moments later her laptop had crashed.

A Google spokesman said: “We’ve got someone working round the clock on passive-aggressive mother-speak. I suppose we could just ask them what it is they are actually trying to say, but we’re too scared.

“We did ask a couple of mothers if they could just offer us some basic guidance. They said they were happy to, but they said it in a strange tone that might have implied something else.”