Greggs' nativity Jesus should have been a steak bake, says archbishop

THE leader of the Church of England has condemned Greggs for using a sausage roll as Jesus in their nativity instead of the higher-value steak bake.

Justin Welby, the Archbishop of Canterbury, has hit out at the high street bakery for its ‘blasphemous’ choice of a sausage roll to represent the Lamb of God who took away the sins of the world.

He continued: “He died for you, and you honour him with the third, maybe fourth-best pastry in your range? Shame on you, Greggs. Shame.

“The light of the world deserves to be cubes of prime beef in a rich, tasty gravy encased in a golden puff pastry parcel, just as his divinity was clothed in mortal flesh.

“Peter, first of his disciples, would be the sausage, cheese and bean melt, the three ingredients representing the three times he denied Christ, and the sausage roll John the Baptist; good, but not quite there.

“Judas, of course, is the chicken bake. You trust it, even though you know it will betray you.” 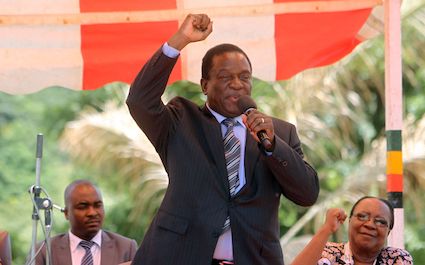 A GENTLE, democracy-loving elderly man with no links to dictatorship or oppression is to be the next president of Zimbabwe.

Former vice-president Emmerson Mnangagwa, beloved by his people, has promised to bring a benevolent and peace-loving military-backed dictatorship to the stricken African country.

“I understand that Mr Mnangagwa’s hobbies are flower arranging, bottling chutney, being kind to poor people and encouraging those of opposing views to his own to speak up and not be shy or afraid.

“Having played a key role in Robert Mugabe’s regime for 37 years, and especially as a former minister of state security, he is uniquely positioned to see how terrible things have been and uniquely motivated to make a change.

“He represents the people’s hope for a democratic future and after an interim period of two decades, has promised to step down so that free and fair elections can take place.

“Mnangagwa represents real change. He is certainly the sort of leader in whose hands you could place your testicles and trust that he would not attach wires to them.”