How to have a pointlessly pretentious and expensive barbecue

WANT to spunk a load of money up the wall on fancy venison steaks just to char them to inedibility? Follow this guide:

Even after two hours over a flickering flame, sausages are palatable with enough ketchup. But corn-fed veal sausages with a truffle-oil glaze? Nobody’s enjoying those.

Do something complicated with vegetables

Everyone will pretend to adore your signature aubergines stuffed with hazelnuts and quinoa, when in fact they’re secretly craving a cheap burger with a square of bright yellow plastic cheese on it.

Throwing an entire salmon or half a pig on your barbecue makes you look like a real chef, even if it costs a fortune, doesn’t cook through and gives everyone food poisoning.

If you do stoop to allowing people to place their food between two slices of bread, make a big point about it being home-baked sourdough, even though a cheap white supermarket bap is infinitely more satisfying and much easier to chew.

Bottles of prosecco and four-packs of lager must be left at the door while you spend an interminable amount of time mixing cocktails full of elderflower and artisinal gin. Guaranteeing nobody will be pissed enough to enjoy the food. 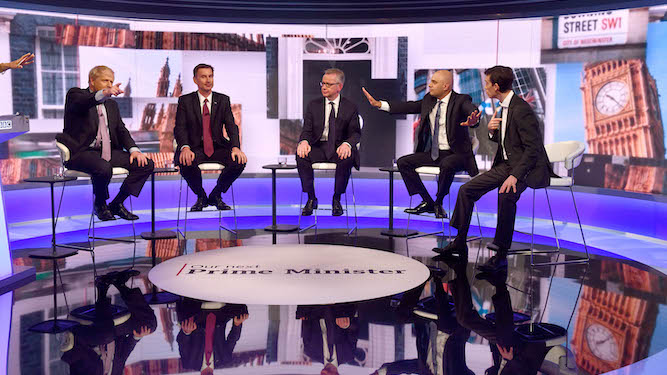 Jeremy Hunt said: “If I become prime minister I’ll urgently tackle our failing NHS, which following my six years as health secretary is not fit for purpose. That’s my priority.”

Sajid Javid replied: “For me the key issue is the terrible inequality we’re seeing around the country, a gap that’s yawned even wider under the Tories and which I, as one of those Tories, am dedicated to closing.”

Michael Gove said: “Our education system is in ruins. I did that, so I’m the man to fix it. I won’t shirk that responsibility by passing it to somebody else.”

And frontrunner Boris Johnson agreed: “This isn’t the country I wanted to lead. Sh*t is, simply, f*cked.”

Nathan Muir of Reading said: “I really admire their honesty. I’ll definitely vote for anyone else.”