NOW KFC, Greggs and Burger King all sell plant-based products, vegans are at risk of not being as special. Here’s how to stay strong:

It can be plant-based and vile

A vegan burger from KFC will be much the same as a chicken burger: both strange, tasteless lumps of protein produced in sinister circumstances. Yes, one killed a living being, but both are disgusting so insist on going to a vegan cafe.

The moral high ground gets shaky

Once you’ve cut out tasty animal flesh and delicious cheese, 80 per cent of your sustenance comes from sitting on your high horse judging others. You lose the right to do this the second you step into a KFC so don’t be tempted.

Being a vegan isn’t just about inconveniencing everyone else for attention, it’s ethical. Just because your food’s covered in salt and you eat it out of a bag. That’s a betrayal of your principles which needs to be explained to everyone at length.

Much like three bottles of red wine on a Monday night, fast food seems like a wonderful idea and soon spirals into disaster. Just because that Greggs steak bake is vegan doesn’t mean it isn’t a mess of grease, gravy and remorse. And if you’re going to feel that way you may as well be carnivorous. 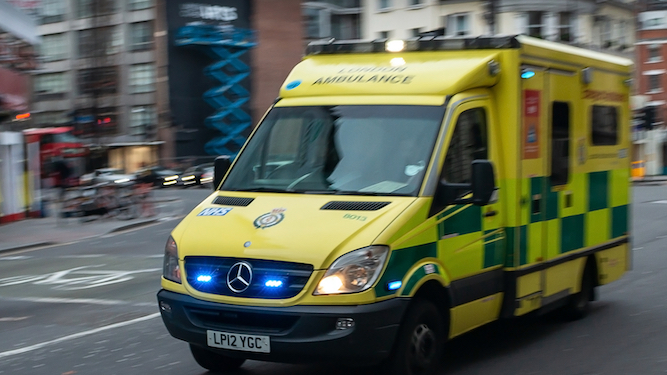 A BMW driver is pretty confident that traffic that pulled over to let an ambulance pass also wanted his progress to be unimpeded.

Salesman Wayne Hayes is convinced he zipped past most of the traffic without it even noticing him and firmly believes that anyone who had seen his X5 would recognise his urgency and not resent him in the slightest.

He said: “Ambulances have emergencies, obvs. Pensioners down the stairs and whatever. But I needed to get to a drive-thru Starbucks before my next client, so same diff.

“The cars had pulled over anyway and it’s not like I’m some slow Volvo that holds everyone up. I stayed within 18 inches of that ambulance’s rear doors the whole time.

“What else am I meant to do, wait for all the Kias and Hyundais to ponderously get themselves back on the road? They wouldn’t want that.

“I think most drivers instinctively want to pull over to let a superior motorist in a high-performance car past but the rules of the road don’t allow it. The ambulance just gives them the perfect excuse.

“If the ambulance had been behind me? Nah, wouldn’t have pulled over. I would’ve just driven faster.”