A MAN has been routinely eating an entire extra meal after his wife goes to bed, it has emerged.

Despite always having a substantial dinner, marketing manager Nathan Muir thinks nothing of consuming the same amount of food all over again.

Muir, 40, said: “I was staying up late to listen to a podcast while messing around with a presentation for tomorrow when I felt hungry.

“So I went into the kitchen and ate an entire packet of Cheddars, a large portion of cold lasagne and a big tub of Onken cherry yoghurt. Followed by two bananas, half a quiche and some olives.

Wife Sophie said: “Just once I would like to get up in the morning and find the kitchen still has some food in it.”

However Sophie added: “I don’t mean the kidney beans and Nathan f**king knows it.” 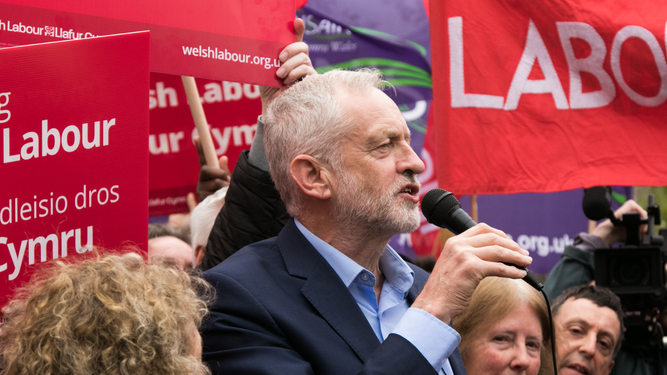 ARE you the leader of a political party trying to beat the most awful government in recent memory? Here Labour leader Jeremy Corbyn gives his advice on stuffing it up.

Everyone knows the average voter loves policy details and takes no interest in personalities. If, like me, you sound like a jaded woodwork teacher wearily telling the class not to muck around with the chisels for the billionth time, that’s fine.

Some would say my confusing stance on Brexit was off-putting for most Labour supporters, but they couldn’t be more wrong. It worked brilliantly in the 2017 election, which was a huge victory for Labour, apart from not winning.

Focus on class struggle issues no one is interested in

British voters have shown a distinct lack of interest in the class struggle, but that’s because they haven’t been told about it enough. This time aspirational voters will flock to vote for someone who sounds like the boring Socialist Workers Party guy they used to avoid at university.

If voters don’t know what your policies are you can’t be criticised for them. Anyway people love a mystery – just look at how popular TV crime thrillers are! There’s no danger they’ll just give up in despair and vote for Jo Swinson who is marginally less annoying.

Give the right-wing press plenty of ammunition

The press will crucify a Labour leader over the slightest thing. It’s unfair, but it’s a reality of British politics. So my plan is to refuse to play their game and continue to support weird causes and wear my odd-looking shell suit and Lenin hat with pride.