'Is it an allergy, or are you just pissing about?' asks waitress

A WAITRESS wants to know if a customer asking which meals are gluten free has a serious medical condition or is being a twat.

Nathan Muir told staff at his local Zizzi that he thinks he might have a wheat allergy, while washing down a basket of complimentary bread with a pint of Peroni.

“If a crumb of gluten gets into a coeliac’s food, their gut could be damaged. If I cross-contaminate a nut allergy sufferer’s food, I need to phone an ambulance.

“On the other hand, if Nathan at table three is a bit worried because he felt sick last time he ate his body weight in carbonara, he will be fine. Annoying, but medically fine.

“But I will explain all of the allergens to him anyway, even if he is pissing about and won’t die if I mess up his order. Even if I want him to.”

Could you be the next DUP leader? 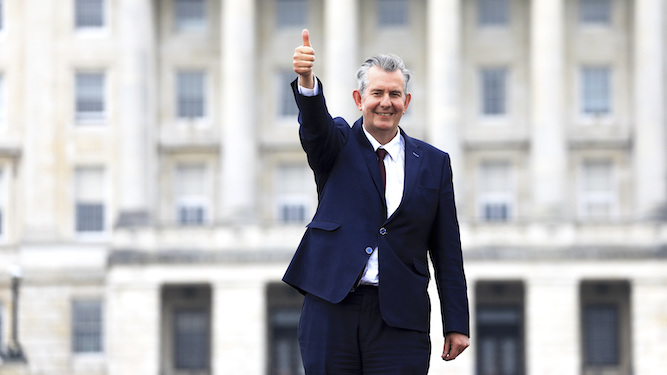 DUP leader Edwin Poots has quit after just 21 days, three times longer than it took God to create Earth. Can you drag the DUP into the 18th century?

How old is the Earth?

A) Bonkers old. It goes back billions of years, probably more. To give you an estimate: very.
B) 6,000 years exactly and not a day more. The Lord made it a nice round number on purpose so it’s easy to remember.

A) A bunch of big lizards who knocked around the planet ages ago before getting smashed to bits by a big space rock.
B) Bones hidden in the ground by the Almighty to provide humanity with a fun treasure hunt. Or we lived alongside them and rode them, that’s also acceptable.

How do you feel about co-existing peacefully with those of other religions?

A) It’s how the world lives and thrives.
B) Dead against it.

A) A very real problem I’d lose sleep over if my air-con wasn’t cranking out a cool breeze which keeps my bedroom at perfect slumbering temperature.
B) Entirely fictional unless it’s a big flood created by God to punish sinners in which case it’s indisputable fact.

How does the coronavirus keep evolving into new variants when there’s no such thing as evolution?

A) Well that absolutely proves evolution is real, doesn’t it? Demolishes all arguments.
B) The Devil shuffles his hand of evil cards to test the pure at heart, but we shall not be tempted, but will also get the vaccine.

How do you feel about marching?

A) Not into it?
B) Love it, especially past the homes of people we hate to commemorate us beating them.

Mostly As: You’re a progressive, forward-thinking person as compared to the DUP, so are grossly underqualified. Try applying again in a couple of weeks.

Mostly Bs: Congratulations, you’re a seamless replacement with no capacity for logic who will derail all attempts to govern. When can you start?