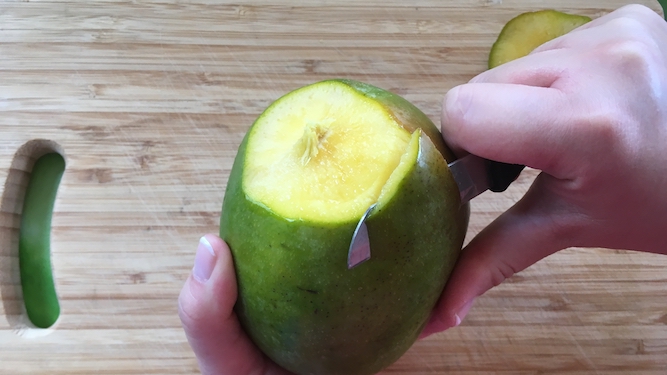 COOKING can be fun and relaxing unless you’ve chosen fiddly as f**k ingredients. These five aren’t worth the hassle:

Mangoes are up there with coconuts and pomegranates in giving you scant reward for considerable graft. They’re so slippery to peel you either drop them on the kitchen floor or chop off a fingertip. And what do you get for all that work? A pile of sickly sweet yellow mush.

Avocados are incredibly high maintenance. Despite the packaging’s promise that they are ‘ripe and ready to eat’, they’re rock hard so you spend three long, patient weeks gently squeezing them to see if they’re edible yet. And when they finally are, once you’ve removed the skin and the massive stone, there’s barely a scrap of flesh left. Useless.

One day you decided to buy a bag of dried lentils to  cheaply make your own delicious dhal. However, when you realised you’d have to soak them overnight before you can even begin cooking, you regretted your foolish mistake, especially as they smell and taste like noxious flatulence. Order a curry from someone who knows what they’re doing instead.

Who hasn’t had an idyllic, lazy Sunday morning absolutely ruined by these bastards? They seem like a great idea for an aspirational brunch until you end up with either a gelatinous blob of translucent slop or an egg that has somehow become harder than a diamond. Just fry it instead, you ponce.

Delicious when you finally get to eat it, but preparing a lobster is like performing a gruesome psychotic murder in miniature. You can either stab it in the brain or boil it alive before performing a clumsy autopsy to retrieve the few tiny morsels of flesh that are edible. You’ll be left both hungry and lastingly disturbed. 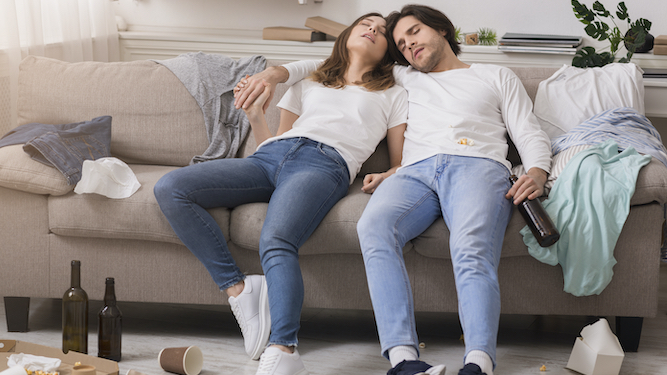 Ryan and Josie Whittaker piously announced on social media that they had fallen into bad habits during lockdown and needed to clean up their act.

Friend Hannah Tomlinson said: “So it was a surprise when I arrived at theirs at 6pm last night for an ‘early garden supper’ and they were both already three cans in.

“Within the hour Josie had switched to gin, Ryan was so drunk he got himself entangled in the gazebo, and they’d both told me that if I needed a piss it was fine to use the pond.

“I said ‘I thought you were cutting down?’ and she said ‘Yeah, so when it gets to the weekend we really go for it’, then asked me if I had any coke numbers. At this point the sun was still up.”

Josie Whittaker said: “I don’t remember when Hannah left. I blacked out until lunchtime on Saturday in our local park where Ryan was being arrested for picking a fight with a duck.”