Middle-class man levels up with own sourdough starter

A MIDDLE-CLASS man has levelled up with the acquisition of his very own sourdough starter.

After years of steady progress up the social hierarchy, 35-year-old Tom Booker made a huge leap this week thanks to the yeasty status symbol.

He said: “Chutney? Homebrew? Kid’s stuff. This is a whole new realm.

“This little jar of bubbling, living magic was actually gifted to me by a fellow sourdough enthusiast at the community-owned pub. I feel like I’ve been accepted into a sacred world.

Booker has already spent countless hours with the jar of goop, feeding and tending to it like a child and murmuring sorcerous incantations over his square beard.

The news caused a predictable stir among Booker’s competitive middle-class dad friends, who immediately launched a fierce bout of one-upmanship about vinyl collections and miles covered on their Brompton bikes this week. 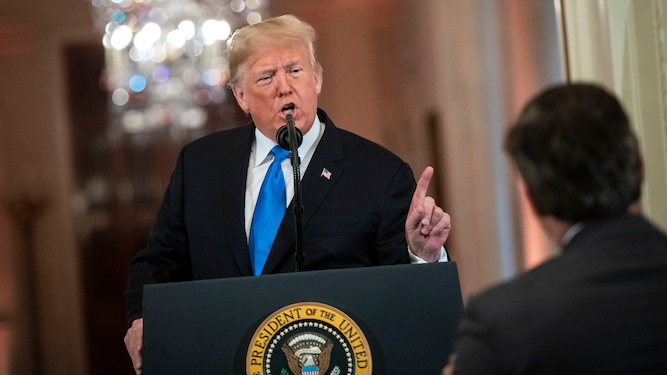 PRESIDENT Trump has confirmed that he will avoid criminal charges by simply firing anyone who attempts to arrest him.

Trump has begun by dismissing the attorney general who failed to protect him from investigation but will soon just bark ‘You’re fired!’ at any policeman, judge or FBI agent who enters a room he is in.

A White House insider said: “Trump’s fear of arrest and his former Apprentice catchphrase have come together in what, to his mind, is an absolutely brilliant plan.

“It doesn’t matter what evidence they have against you or how many Russian billions they’ve tracked going into your hotels if they can’t get near enough to slap the cuffs on.

“He’s spending all his time in the Oval Office, because it doesn’t have corners for cops to hide behind, and every 90 seconds he wheels around 180 degrees ready to dismiss any lawmen sneaking up on him.

“It’s an idiotic idea only an idiot could believe in. But this is Trump so it’ll probably work.”

The president has also outlined his foolproof plan to remain in power in 2020 by putting his fingers in his ears when election results are announced.