AN 18-YEAR-OLD who turned vegan in his first term of university has managed three whole days at home before eating sausages.

Joe Turner, who became a vegan because he likes animals and because everyone else was doing it, made the announcement to his mother when she collected him from university last week.

He said: “She seemed pleased, but went on to tell me she wouldn’t be buying ‘all the vegan things’, I’d have to cook my own meals, and my soy milk would be in the garage because there’s no room in the fridge.

“I talked her into trying a falafel salad, which she enjoyed but said it was like ‘having all the bits around a meal without the meal’.  With Christmas dinner looming, there’s a real danger I’ll have to cook it myself.

“So when she shouted upstairs ‘Want a sausage sandwich, love?’ I just said yes. And ate it. I didn’t say anything and neither did mum.”

He added: “I’ll go back to being vegan at uni. Nobody needs to know.”

Even Jesus judgey about advent calendars without chocolate 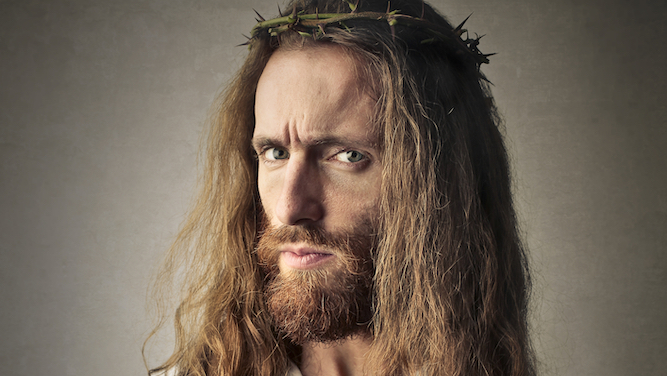 EVEN Jesus Christ judges people who buy chocolate-free advent calendars, it has been confirmed.

The messiah is delighted that everyone is counting down to his birthday, but strongly disapproves of those who believe that opening a door to see a picture is enough.

He said: “My vibe is totally ‘goodwill to all men’, but you don’t have to be tight about it.

“How enthused can anyone really be about baby Jesus when all they’re getting is a picture of a star or a bauble or something?

“The least people deserve is a nice chocolate, like a classic Cadbury’s advent calendar, though I’ve no objections to a fancy Lindt or Hotel Chocolat one. It’s Christmas, for Christ’s sake.”

Jesus added there is no harm in Lego advent calendars for the kids or booze-based ones for grown-ups, but those beauty calendars with make-up inside could ‘f*ck right off’.