A FULL English breakfast is a delicate balance of unhealthy ingredients. Messing with the formula in these ways can totally ruin it.

In a meal that contains 2,000 calories, the inclusion of brown bread would be a futile nod to healthy eating. A couple of wholemeal slices aren’t going to offset the fat and grease of the rest of the meal, so don’t even bother. Stick with the cheapest white loaf available and load them up with salted butter as nature intended.

The foundation of a good fry up is moisture. Ketchup and brown sauce play their part, but they’re supporting actors. Baked beans are the stars who bring the whole heart-attack-inducing platter together, so if your breakfast only contains half a dozen of them you might as well bin it. You could ask for more, but making a reasonable complaint in a cafe is too assertive for a meal with ‘English’ in the title.

A full English breakfast is not a meal that does things by halves. Clue’s in the name. If it comes served with a solitary banger then the chef is either taking the piss or marking you out for death like a Mafia kiss. The only item it’s okay to have one of is the weird half of grilled tomato because nobody ever eats them anyway.

Full English breakfasts are the result of generations of culinary evolution, so nobody should be f**king with them by throwing in grilled halloumi or some sliced avocado. Not only would these ingredients go against science and the laws of the universe, they would taste shit and give chefs a chance to charge you more.

A full English comes with fried eggs. That’s a constitutional right enshrined in the Magna Carta, probably. Even if it isn’t, why would anyone want scrambled, poached or boiled eggs instead? A greasy spoon breakfast without fried eggs swimming in enough oil to cut 20 years off your life is essentially a salad and should be avoided.

Revealed: How a once-thriving Northern town was ruined by wokeness 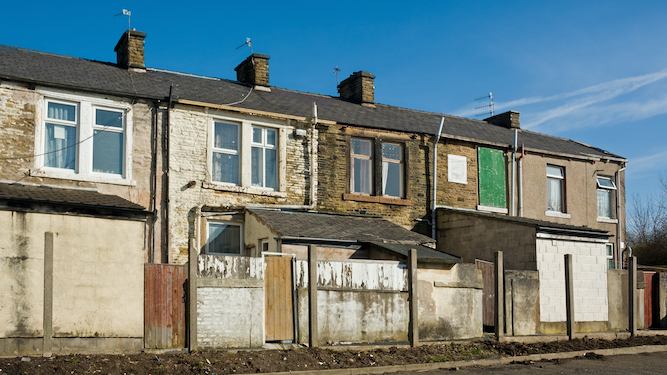 THE South Yorkshire town of Cleckburton used to be a thriving industrial hub. Today its shops are boarded up and there are no jobs, hopes or prospects for its inhabitants.

The reason? The onslaught of wokeness, a process which began in the late 1970s and has since laid waste to the town.

Longtime resident Roy Hobbs said: “Back in the day this was a lovely place. People looked out for each other, chatted over their back fences and were casually racist about anyone not born within a ten-mile radius of the market square.

“And now it’s dead. My dad told me that it was the result of de-industrialisation and a lack of investment in the North by successive governments but it turns out he was wrong because the Daily Mail says it’s all down to wokeness.

“It was after the cancellation of The Black And White Minstrel Show in 1978 that the rot set in. Within a couple of years factories began to close. Then you got alternative comedians like Ben Elton and that confusing pop singer Boy George and the pit closures happened.

“Thatcher did her best trying to stop the gays, but she was outnumbered. Jimmy Somerville, Frankie Goes To Hollywood, The Pet Shop Boys. She didn’t stand a chance.”

For a while, Cleckburton stabilised. But then came 2015, Jeremy Corbyn and millennials. The scourge Cleckburton had been flighting all those years was identified as ‘wokeness’.

“Things had been ok. We’d had a welcome return to sexism in the shape of lad culture and you could still shout racial slurs at a match without being banned from the ground.

“Then this new wave of wokeness arrived. Statues thrown in rivers. Women doing the football commentary. Adverts with black people in them for no reason.

“And now it’s pronouns. They’ve caused absolute devastation across South Yorkshire, have pronouns. How much do they think we can take?

“According to the Mail, our only hope is that a Conservative government – who have historically always given a shit about towns like ours – will level us up.

“And, given they’ve been in power for 12 years already, I’ve no doubt that help is just around the corner.”