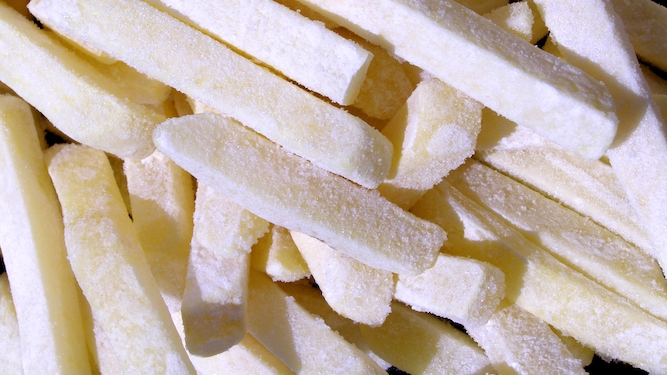 THE preparation time for oven chips has been amended from 15-18 minutes to around eight weeks.

Following feedback from customers, all oven chips should be cooked at 200ºc for about two months before you plan to eat them.

An oven chip spokesman said: “If you want them to be crisp, yes. So plan ahead.

“Just leave them in there, turning them every seven or eight minutes, for 50-60 days until they’re golden brown and delicious.

“Take some paid leave for the final stages or they will overcook.”

Chip enthusiast Joseph Turner said: “I could just get a deep fat fryer, but then I’d be working class.”

A SURVEY of British sexual attitudes suggests that the best age to lose your virginity is within 18 months of lying about it to all your mates.

Two-thirds of men and a quarter of women admitted they had left too long a gap between claiming they lost their virginity and actually losing it, and suffered lost credibility as a result.

Professor Henry Brubaker, of the Institute for Studies, said: “You’re fine for the first six months of the lie, as we’ll soon be reassuring worried teenagers in a national marketing campaign.

“But after that you risk being called on your vague generalisations in conversation with a peer who has actually properly done it, risking catastrophic social consequences."

Martin Bishop, 32, said: “I was caught out when I claimed that it lasted for an hour and 45 minutes.

“I now say it lasts for about seven minutes. I'm still lying.”