The name tells you everything you need to know – ENGLISH mustard, not poncy French Dijon crap. Granted it burns your palate to buggery and there’s always twice as much left on the plate than you’ve actually eaten, but the glow of national pride more than makes up for that.

Foreigners wouldn’t have the culinary imagination to create a watery sauce of molasses, vinegar and anchovies, named after a great English city I think is in the Midlands. Lasts for ages so is great value – I’ve still got a bottle in the kitchen from 2003.

As British as shit summers and supermarket panic-buying, ketchup goes with absolutely everything, from chips to loads of other things. And tomatoes obviously all come from Britain because Tom next door grows them in his greenhouse. That’s cast-iron proof to me.

I’ll admit I haven’t got a clue what’s in salad cream but it’s probably mayonnaise, sugar and some custard for colour. Nothing brings out the delicate flavour of an English summer salad like smothering it in this deliciously gloopy, additive-laden goo. And mayonnaise might sound French but I asked a Frenchman and he wouldn’t touch this shit.

Invented by our great entrepreneur Richard Branston, the first Brit in space, I’ve never actually tried this one but I don’t have to to know that it’s bloody great and better than chilli and garlic and that bollocks. I bet there’s still plenty of this on the shelves.

Nothing epitomises the peak of British culinary perfection like Marmite. Made of beer leftovers and saltier than a lungful of seawater, spread on toast it’s Britain on a plate. We should make every immigrant eat this at customs and if they so much as pull a face they’re out.

Meghan's obsession with Piers Morgan only getting worse 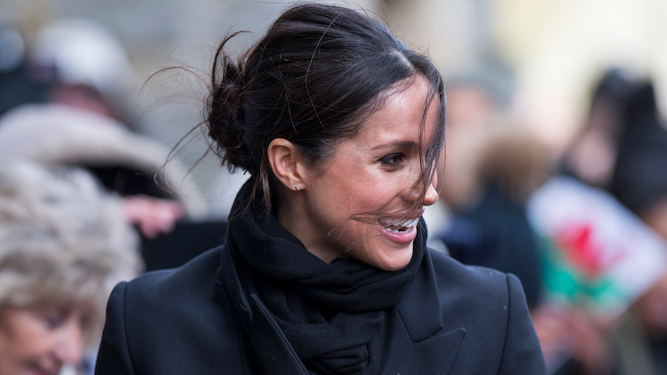 THE Duchess of Sussex’s overriding obsession with Piers Morgan has only got worse since he was cleared by Ofcom, friends have confirmed.

Worried friends say that Meghan’s every thought from when she first rises in the morning until last thing at night is about Piers, what a liar he is, how he deserves to be taken down a peg or two and that no matter what she will have her revenge.

An insider said: “It’s not healthy to be so obsessed with another person, especially when the obsession is so incredibly negative.

“It’s already cost her so much that she worked so hard for – her job, her reputation, her self-respect – and still she can’t stop. It’s like a disease.

“There’s no aspect of his life – his newspaper columns, his marriage, his incredibly shit cash-in book Wake Up – that she can resist zeroing in on and ripping gleefully apart. At this point it’s more about her deep unhappiness and self-loathing. He’s just a symbol.

“What’s worse is that he doesn’t seem to care about her at all, and never mentions her, and is just out there living his best life while she rages impotently at his mere existence. It makes her look so small and pathetic.”

Meghan said: “This is nothing to do with him not returning my texts after we met in that pub once. I definitely didn’t marry Harry just to make him jealous.”