The farm-to-fork journey: how it doesn't work anymore

THE journey from Britain’s farms to the food on your plate is vital to keeping the country going. Here’s how it’s broken down irrevocably:

At the farm, crops are harvested by migrant workers who are no longer allowed in the country. Meanwhile animals cannot be slaughtered due to a shortage of inspectors for the same reason.

Goods are then not picked up by HGV drivers who have left the profession because of low pay and shit conditions, or who due to the Home Office’s hostile environment policy have elected to stay in Romania. They cannot therefore take it to warehouses.

In the warehouses, suffering a staffing crisis because of the issues explained above and then some, the meat and vegetables cannot be packed because of a shortage of CO² caused by selling all our storage facilities to foreign owners who closed them.

From there the same unavailable HGV drivers as previously take the food to the supermarkets, where overworked staff put it out. Despite higher prices due to costs in the supply chain, Brits trained by 18 months of stockpiling soon clear the shelves.

Back home, families store food in fridges powered by electricity and cook it in gas ovens, while both those last. Alternatively they could go out for food at a gastropub or restaurant closed four days a week because they have no chefs or waiters.

And that’s how food doesn’t get from the farms to our kitchen tables. Not applicable to Northern Ireland which has it even worse. 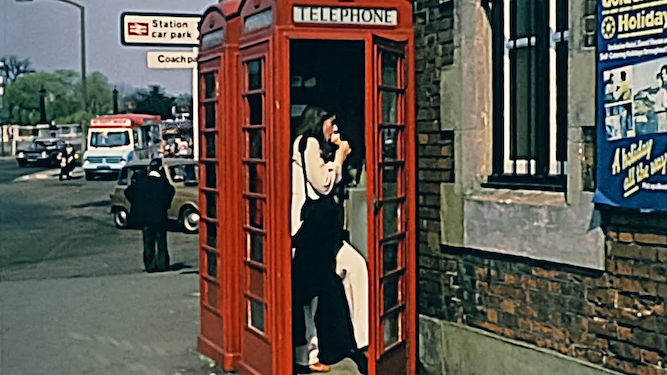 READY for the return of the shortages and inflation of the 1970s? Don’t worry, the Tories won’t offer us these comforts:

You actually got paid by the government to go to university. That’s mental. It’s like being paid to do a trolley dash. You also had to shag lots of hairy people, but on the bright side it cost a princely £2.75 to see The Who.

In 1974 the average house cost four times the annual salary, though the woodchip wallpaper was f**king horrible. You couldn’t borrow money, mind, but saving for a deposit wasn’t so impossibly unlikely a prospect. If you didn’t mind spending the first four years of marriage living with her parents.

The 70s had drugs nobody ever heard of again: Mandrax, mescaline, geniune cocaine, the pioneering use of glue, and valium just everywhere. Alright your local disco in Tamworth wasn’t awash with it all, but at least somebody was having fun.

Remember when we were absolutely gagging to join that big club of European nations to access their delicious markets? We finally joined them in 1973. Wonder what happened to that.

A decade with an unmistakeable sense of style found its apothesis in the flare. Visually ring-fencing the 70s by making sure any photos taken then are unmistakably of their era, the sheer abandon of foot-wide bell bottoms made the oil crisis no big deal. The Tories will ban them because they don’t suit Jacob Rees-Mogg’s silhouette.