The Wetherspoon's guide to fine dining in exquisite surroundings 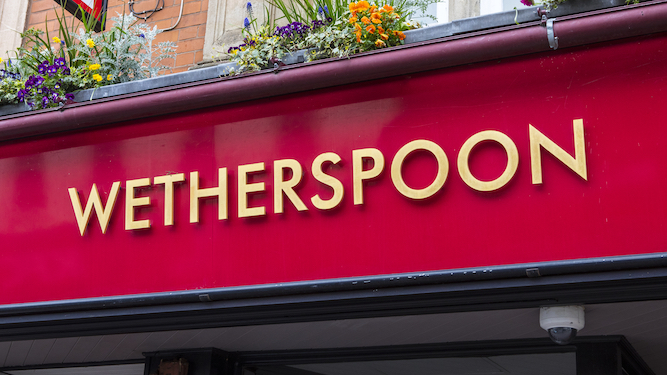 THESE are desperate times, and so Wetherspoons, restaturant to the top echelon of society, has opened its doors to the hoi polloi. Make the most of it:

Like the Fat Duck, Wetherspoons is a night out to plan months in advance. The quality of the food and menacing atmosphere have gained a following among celebrities, so don’t be surprised to see Benedict Cumberbatch, Daniel Craig and Phoebe Waller-Bridge alongside you. Try not to stare.

Much as Heston Blumenthal invented triple-cooked chips and snail porridge, Wetherspoons’ innovative dishes have caused a buzz in the world of haute cuisine. Make sure to try:

– Ham and eggs. Never afraid to take risks, Wetherspoons’ chefs have paired ham with fried eggs and chips for a meal unlike anything you’ve experienced before.

– The extra-large breakfast. A traditional classic reimagined with the bold new addition of Lurpak Spreadable.

– BBQ chicken melt. The clever use of barbecue sauce turns bland pub grub into a taste adventure you’ll be talking about for years to come.

A large chardonnay for the ladies, but men don’t drink wine unless they’re ponces, poofs or Remainers, so stick with Stella or near-expiry real ales. Fish dishes, white meat and salads are perfectly accompanied by a heavy, claggy brew like Old Peculiar.

Critics like Fay Maschler and Jay Rayner are always in the Spoons. Rayner describes the jacket potato with baked beans as ‘an unashamed balls-to-the-wall celebration of hearty potato, confidently contrasted with a cascade of bean juice. The Planets Suite of high-end carb dining.’

The foodie clientele are strong supporters of leaving the EU, so criticise Brexit and you can expect a solid, witty kicking in the smoking area, completely ruining the sublime experience of your microwaved chicken masala. 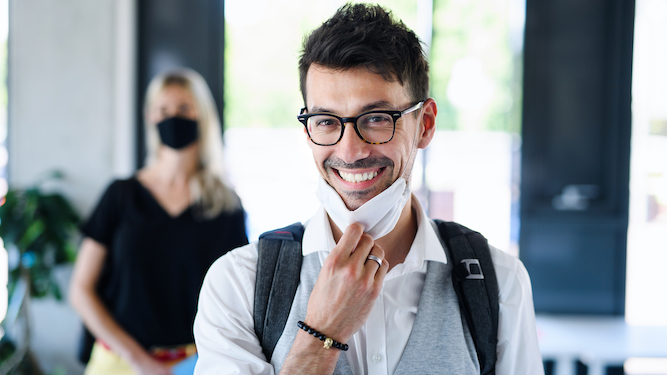 WORKERS in a socially distanced office have declared it to be absolutely marvellous and the way offices always should have been.

Employees forced back to work have declared that leaving every other seat vacant, erecting large perspex screens and limiting all interaction has made the workplace into a paradise.

Nathan Muir of Hitchin said: “Not only is Janine now eight feet away from me, there’s a barrier between us and she’s actively discouraged from talking. I mean f**king beat that.

“I saw my line manager get up, begin making her way through the maze of transparent barriers to glare over my shoulder like she always does, then give up and sit back down, defeated. Yeah. That’s right. You stay where you are.

“Done a day in? Better have a day at home. Got a bit of a temperature? Week at home. Someone wants to waste your whole morning calling you into an irrelevant meeting? Nope.

“The boss called us all together for a pep talk yesterday. But we were sat miles from each other and her faceshield made her own voice was so loud in her ears she cut it short after two minutes.

“By accident we’ve created the perfect office. I’ll be here every chance I get until the kids go back to school.”