A WAFFLE iron received as a Christmas present has prepared the fourth and final waffle it will make before spending the rest of its life in a cupboard.

The Breville-brand ceramic waffle iron, bought on a whim, has turned out tasty waffles enjoyed by the whole Logan family but that is not enough to save it.

Tom Logan, aged 41 and the receipient of the gift, said: “Yeah, it’s brilliant. Hot fresh waffles for a fraction of the price you’d pay if you were out. You have to make the mix though.

“The great thing about waffles is they go with everything, so you can whip them up whenever. You need lots of toppings though. So I’ll have to wait until I’ve got some stuff in.

“It’ll go in the cupboard for now, between the panini press and the breadmaker, but I should imagine I’ll have it out again next weekend. If not sooner.”

The iron will spend approximately two-and-a-half years in the cupboard before being wrongly assumed to be broken and taken to a charity shop which rejects it for having no valid electrical certificate.

The fourth waffle brought the total cost per waffle to £9.92.

Nana outlives the HMV voucher she got you for Christmas 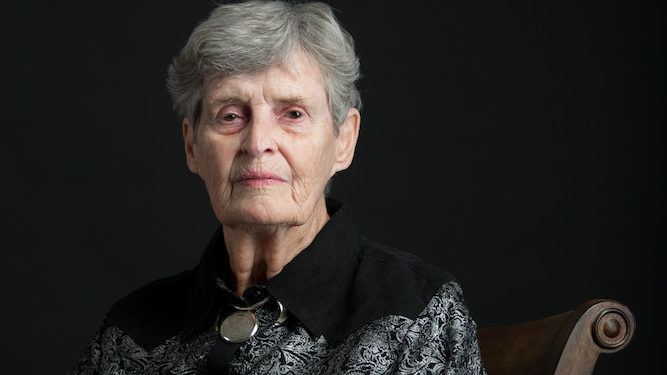 YOUR 91-year-old grandmother is surprised to have remained vital for longer than the £20 HMV voucher she bought you for Christmas, she has admitted.

Francesca Johnson is suffering from glaucoma, angina, bronchitis and a terrible pain in her side but was surprised to find that the high street retailer had beaten her to the grave.

She continued: “I need a new hip and they need a massive cash injection and rescue plan, and apparently even under today’s NHS the hip is easier.

“This happened last year with Toys R Us. I knew they were in trouble which is why I tried to help out by buying a voucher, but they were gone before I even had my scare with my fall. You remember? When I almost had a fall?

“I can’t see much hope for HMV, I won’t lie. They say it’s going to be the coldest winter in years and I just can’t see them making it through.

“Mind you I could say much the same for myself. If I’m still around next year I’ll get a voucher from somewhere with a bit more of a future, like Halfords.”

Shares in the Halfords Group fell by more than 115p in a single day following Mrs Johnson’s announcement.