THE National Health Service is now mainly employed as a device for extracting fat from chocoholics, experts have claimed.

The Institute for Studies found that around 80% of NHS time and resources were devoted to anaesthetising flabby women before gouging out great chunks of them or fitting them with a Snickers funnel.

Professor Henry Brubaker said: “Our team of researchers spent a day with 10 large NHS trust hospitals and kept getting knocked over by massive ladies.

“As soon as you get back on your feet there’s another one bearing down on you. Eventually you have to scurry along the floor like a mouse and hope you don’t get trodden on by one of these chocolate-flavoured leviathans.

“Occasionally one of them crashes to the floor and all they can then do is put up some screens and suck the lard out of her right there in the corridor.

“It makes a hell of a noise. I suspect it sounds a bit like hoovering the inside of a horse.”

The department of health insisted that reducing the size of fat ladies was cheaper and more efficient than letting them get so fat that they start to make other people feel sick.

A spokesman said: “Fern Britton’s Snickers funnel will save this country Â£2bn over the next 10 years in lost productivity and dry cleaning.”

But Professor Brubaker added: “Fair enough, but it’s still a lot more expensive than just telling her to get a fucking grip.” 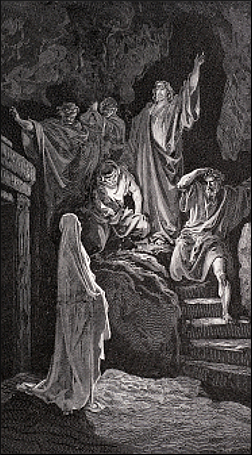 CHRISTIAN doctors are regularly sending patients home with a course of Testament, according to new research.

Patients with a variety of complaints have been advised to rest, drink plenty of fluids and seek everlasting salvation through the grace and glory of the son of God three times a day until they’re dead.

Meanwhile it has also emerged that one Christian GP sent an elderly woman in Knutsford to heaven after inducing a second stroke in a bid to turn the other cheek to the first one.

Carlisle taxi driver Roy Hobbs said: “In my line of work I’m easy meat for hemorrhoids but my GP just sent me away with that verse from Corinthians about love being patient and kind.

“I came back a week later and told him that love was not really doing it for my backside, but he just told me to forgive my arsenuts for they knew not what they did. Then he smiled serenely through his beard and asked me to join him in a rousing chorus of Lord of the Dance.

The London University survey found that 12% of doctors described themselves as ‘religious’ even after comparing the story of Lazarus with the large body of medical literature on the subject of being dead.

Those 12% were found to be 60% more likely to refuse palliative care for the terminally ill in extreme pain, preferring to tell their patients not to worry as they would soon be in the loving arms of Archangel Brian.

Julian Cook, a abdominal surgeon from Peterborough, said: “I like to get in there, have a poke about, see what Revelation has to say about gall bladders and then let Jesus close for me.

“I was so sure that someone would have stopped me by now. Good old Jesus.”