Are you paranoid? This is what everyone's saying about you

PARANOID that everyone’s talking about you behind your back? No need to worry, they’re only whispering this:

You look a bit tired

Can you not see the massive bags under your eyes? And the waxy skin? It’s because you’re losing sleep thinking about all our judgements of your physical appearance. Get some rest. Brush your hair first though, or are you trying for dreadlocks? They won’t work on you.

You worry too much

Seriously dude, chill out. You seem majorly stressed about all this. It’s the talk of our private WhatsApp groups. We can’t tell you because you’re so stressed so we text then stifle laughter while not meeting your eye, creating a paranoid feedback loop. So relax, will you?

Do you need a holiday?

Surely that would help, unless you lose your luggage or the plane crashes or you get arrested and locked up for 20 years. And we all know you’re that kind of dickhead. Not that we’re suggesting a holiday to get rid of you or anything.

Talking to a professional is the best way to fix your paranoia. Although what if they’re a fraud, and after each session they call your friends and family and tell them everything you just shared? Does that happen. Best be safe and bottle up everything forever. 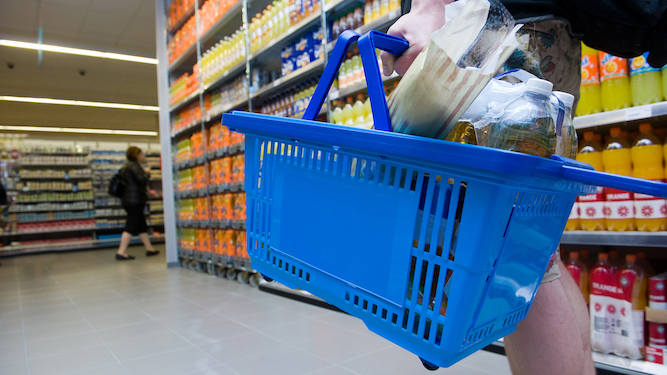 MILK. Four pints of green-capped, semi-skimmed, bog-standard milk, so no need for a shopping list. Except here’s what you left with instead:

You didn’t absolutely need cake, but you didn’t know that Jaffa Cake Donuts existed until 15 seconds ago. On a discount. And you’ve got Wagon Wheels and Jammie Dodgers to complete the set, perfect to go with that milk.

You’ve fancied soup recently, with the nights drawing in. Is there a chance you’ve already had this same thought seven times in three weeks and you have six tins at home? Maybe.

Now these you definitely needed, for the TV remote. Lucky you stumbled across them while looking for that other thing. You’re not confident of whether you need double or triple As, but it’ll be fine. 50/50 chance.

Something from the Whoops!

Spinach? Hot cross buns? A mini trampoline from the weird middle aisle? Whatever it was, you were indefensible to the magnetic power of the little yellow sticker. If it’s reduced to 53p, it’s a necessity.

You haven’t had a Babybel in years. They still have that wax on that everyone used to throw at each other at school. Go on, since you’re in the dairy aisle, pick some up. And they’re healthy so it counterbalances the cakes. Now what was it..?

Breakfast, you needed to sort breakfast for tomorrow. So you’ve got a box of Crunchy Nut. And that’s definitely all that you needed, because that will be a simple, easy, single-ingredient breakfast.