Avoid oysters if you're a pussy, say manly experts

THE risk of Norovirus means that oysters are unsuitable for anyone lacking a pair of balls, it has been claimed.

The discovery that 76% of the shellfish contain the infectious bug has prompted aggressively masculine doctors to effectively challenge the public to eat as many as possible.

Dr Stephen Malley said: “Symptoms of Norovirus include acute vomiting and diarrhoea. It’s not like it’s going to kill you or anything.

“I had it, twice. Just came to work, put a bucket by my desk and carried on. My female colleagues seemed impressed but to me it wasn’t a big deal.”

Dr Malley continued: “My advice to anyone worried about oysters is stop whining like a little bitch.

“Cram as many as possible into your mouth in one go, add the juice of two lemons by crushing the fruit in your raised fists – some might go in your eyes but that will only make you feel more alive.

“Gulp the lot down and shout ‘bring it’ before rubbing your lemon-coated knuckles in a bowl of the jagged, discarded shells until they’re bloody and raw.”

He added: “If you can’t handle oysters, just get yourself a little Marks and Spencer Simply Gay trifle, or a cupcake with pink icing on it and nibble away at the edges like a tiny mouse.

“Just don’t be surprised if you never get anything you want in life.”

Radiohead album to be based on Osborne statement 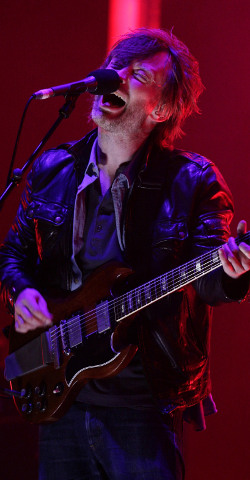 MISERY-vending prog sulkers Radiohead will use George Osborne’s autumn statement as the lyrics for their new album.

The record promises to be the most challenging 45 minutes of music since Leonard Cohen recorded his car insurance renewal phone call in 1978.

That album took an unprecedented eight years to release due to the high number of nervous breakdowns experienced by a string of producers.

The new Radiohead album, called Six More Years of Pain, will be available next spring with a cover featuring a couple in their late 70s working in B&Q behind a montage of closed down community centres.

Radiohead will promote the album with a series of gigs in empty council buildings across Britain in what will be the first tour to be sponsored by Prozac.

Frontman Thom Yorke said: “We’re not going to release the album on CD as we don’t want people yanking the disc out of the machine, snapping it in half and dragging the jagged edge across their wrists.

“We’ve moved away from traditional pop and used more experimental soundscapes, like on The Ballad of the Public Sector Pay Freeze where the percussion is an orphan’s tears falling into a freshly dug grave.

“Meanwhile Jonny plays slide guitar using a book from an abandoned library during the intro to Oh Jesus, It’s All Gone Shit.

“And on the final track, we chant George Osborne’s name over and over again while Christopher Ecclestone reads from an Argos catalogue.”