A BABY’s earliest memory will be of his mother dropping her iPhone on his head when she was feeding him.

Eight-month-old Tom Logan will never forget the moment he was suckling at his mother’s breast and suddenly felt the sharp impact of an iPhone X that had slipped from her busy hand.

He said: “I shouldn’t be at all surprised if this proves formative.

“There I am enjoying my bedtime feed, cradled in the warmth and comfort of my mother’s arms, basking in her attention and love, when unexpectedly I’m whacked on the head by a glowing phone.

“I’ll never forget the shock and pain of that moment and the awful words that came out of my mother’s mouth following the incident. Something about sh*tty sh*t sh*tballs?

“It was a terrifying experience and I’ll probably be scarred for life. If I turn out to be a psychopath with mummy issues it’ll be all her fault.”

Mother Kelly Logan said: “I feel terrible about dropping the phone but in my defence I was trying to share a Facebook post about climate change, so it’s his future I was thinking of. 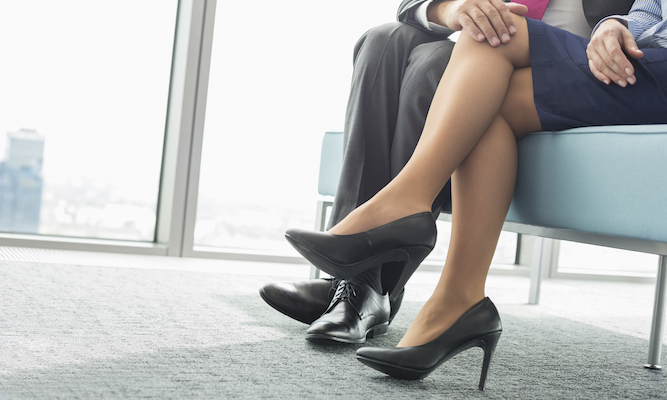 LINKEDIN has dropped all pretence of being a business networking app and now focuses on no-strings workplace sex, it has confirmed.

The company admitted that nobody has used it to find a job since 2015 but it has successfully repurposed itself as a kind of intra-business Tinder.

A spokesperson said: “Everyone got sick of endorsing each other for online marketing and digital strategy. Nobody wants to be contacted by a recruiter to make up the numbers for some nonsense opportunity.

“What people actually want is to have an apparently professional way to message that bloke they met at an industry conference last week, or to update a colleague on your impressive sexual history.

“We have over 500 million users because we understand their needs, namely that using the work email to say ‘Would you like to shag 2.30pm Wednesday?’ is considered unprofessional.

“So now we’re the world’s largest database of people in grey suits who want to cast off the shackles of their dull jobs and blot it all out with a good, hard boning.”