THE withdrawal agreement should take weeks to pass, but Boris Johnson has sworn to do it in 72 hours. What other historical drags could he have rushed through?

You invent one machine, then based on that you invent another, then that helps you invent the next, and so on. It’s perfectly simple. The only reason it took 40-odd years was because nobody buckled down and bloody did the work. Slackers.

The discovery of America

How hard can it be? Just sail west and keep sailing west until you run into an absolutely massive continent. Once you’ve got there, keep going west until you hit the sea on the other side. There, you’ve discovered America. The Irish could have done it centuries ago and then we wouldn’t be having all this trouble.

A thousand years? To do what, be a bit too into religion and have a couple of plagues? Okay, the Roman Empire fell but all their stuff was still there, just pick it back up and start making sexy statues again. You don’t even need three days for this one. 48 hours and you’re back on track. 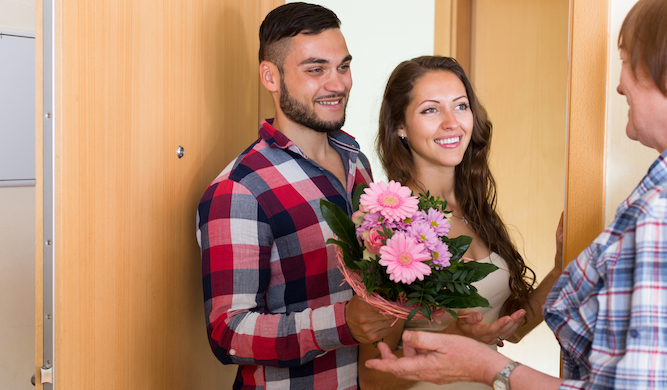 A MAN has begun a punishing three-month training regimen to make him fit to meet his girlfriend’s parents for the first time.

Nathan Muir, aged 26, has admitted that he expects it to be the most challenging thing he has ever done but that it will be worth it for the sense of achievement.

He said: “I’ve done Iron Man, Tough Mudder and the Great North Run, but this is going to be the hardest endurance test by far. I’m genuinely afraid.

“How am I meant to make a good impression without coming across as an obsequious git? Even a Marine would struggle to crack that one.”

“It’s turning my whole life upside down. I’ve got to eat at a table, pretend video games are for the immature, and act like voting Conservative is a perfectly sensible thing to do. I might have pushed myself too far this time.”

Girlfriend Suzie Traherne, said: “He’s making great progress on pulling out my chair for me, but not updating the whole room on his latest defecation is making him white-knuckled with effort.