Baldness anxiety cured by not giving a shit

MALE hair loss-related anxiety can be cured by growing a pair of balls and getting on with it, it has emerged.

As scientists claim a baldness cure will hit pharmacies within two years, researchers at the Institute for Studies have found a link between worrying about hair loss and being unmanly.

Professor Henry Brubaker said: “There are all kinds of terrible medical complaints that kill you, having some follicles fall out isn’t one of them.

“If a man is freaking out about such a relatively paltry thing he’s either way too self-absorbed or has been ‘turned’ by the trend for marketing male vanity as something that is socially acceptable.

“They need to remember that nothing with a pair of testicles attached to it can ever be truly beautiful, despite what the magazines say.”

“It was my girlfriend who suggested I stop whining like a baby animal and start acting like a penis owner.” 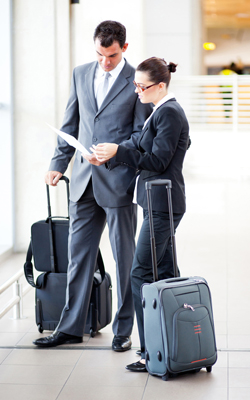 IN a move to kick start the economy, Heathrow Airport will be extended to cover everything between Ipswich and Portsmouth.

Under radical plans by chancellor George Osborne, believed to have been inspired by the latest British Airways advert, planes will be allowed to land on any road, football pitch or sufficiently large garden in the South East.

All shops within the region, to be renamed New Heathrow Mega-Port, will charge so-called airport prices, with the government pocketing the difference.

A small coffee and a Danish pastry will cost around £13.50, while a full English breakfast will be equivalent to the average family’s monthly income.

George Osborne said: The British people can earn money by playing to their natural strengths, such as queueing and being suspicious of foreigners.

“UK retail will get a boost from shoppers within the Mega-Port zone, who will be compelled to buy expensive sunglasses and biscuit items because of a possibly misguided belief that they are far cheaper than in the outside world.

“Mega-Port residents can make extra income while out walking their dogs, simply by letting them sniff strangers for drugs.

“And Brighton will become the world’s biggest branch of Tie Rack, to be staffed by the town’s many unemployed arts graduates.”

David Cameron praised his Chancellors decision, saying: Im proud that Britain will have the worlds only airport with castles and rivers. Can JFK or LaGuardia say that?

Mega-Port zone resident Emma Bradford is protesting against the changes, saying: “Reservoirs within the Mega-Port will be drained to the maximum allowable airport limit of 100ml, causing huge droughts.

“Also the constant need for searches will make this a pervert’s paradise.”