BORED of coronavirus and endless lockdowns? Why not convince yourself and anyone unlucky enough to be in your WhatsApp group it’s a hoax?

Spamming the group chat with screenshots of graphs will make you feel like a scientist, even though you know nothing about graphs except down is bad and up is good, apart from when it’s the reverse.

Click on one, and suddenly every other YouTuber recommended knows the plandemic is locking down the world for China’s benefit to brainwash people into becoming communists like Microsoft billionaire Bill Gates. Anyone who disagrees is ‘sheeple’.

It’s all covered up

Bullshit you’ve read on Twitter been removed or flagged as containing questionable information? That’s Mark Zuckerberg and the New World Government covering it up. But it was true, definitely, and if you’d seen it you’d be convinced.

When asked to back up claims that the vaccine is nanomachines, don’t bother. Simply say ‘It’s all out there if you bother to look.’ Mysterious, compelling, and means you can say any old crap.

You’re against lockdown and against the vaccine. When asked how infecting hundreds of thousands of people and overwhelming the NHS is a good idea, insinuate that nurses are all actors helping to perpetuate government lies.

Get chucked out of the WhatsApp group

You won’t mind though, because your friends are obviously credulous fools and your real mates are on your demented Covid-denying weekly Zoom quiz anyway. 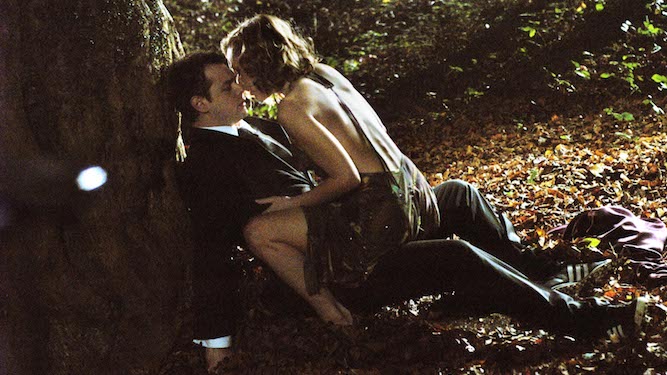 EVERY decent film that’s not by Pixar has a sex scene. But how does Hollywood get sex so wrong, and how could it be fixed?

In films, simultaneous orgasms arrive with the punctuality of a Swiss train. Really the Tom Hiddleston character should orgasm first every time, ignoring Dakota Johnson’s cries of ‘hold on you bastard,’ then make a half-hearted offer to ‘finish her off’.

Rom-com stars regularly hook up after a night of heavy drinking yet flaciddity is never an issue. Bond films in particular should always show borderline alcoholic 007 unable to perform despite 20 minutes of digital stimulation by a bored Holly Goodhead with an aching hand.

Sex is a marathon

Film shagging is an all-night marathon in multiple positions. In real life this would be like a 15-mile run chasing the one thing you want, begging for the amazing sex to stop.

Real people tend to be wary of blindfolds and handcuffs, partly because it’s creepy but mainly because it’s silly. In films, because they can’t actually show the act, it’s all about the props as if Jennifer Lawrence got conned at an Ann Summers party and wants her money’s worth.

Sex and danger are a great mix

Films like Basic Instinct suggest people are unable to turn down incredible sex, whatever the risks. Untrue. The slightest possibility of getting an ice pick through your brain would make even the biggest horndog roll out of bed and put Sky Sports News on to kill the mood.