EVERYONE in Britain is fighting something off until further notice.

The nation began to feel very slightly under the weather at the end of last week and is expected to remain that way at least until next April.

Roy Hobbs, an insurance salesman with a slightly blocked up nose, said: “I’m teetering on the brink of legitimate illness, torn between the desire to remain well and the lure of time off work.

“For the time being I intend to remain at my desk coughing emphatically while ostentatiously nursing a mug of Lemsip.

“Meanwhile I will build a stack of used tissues that towers over me like a monument to self-sacrifice.

“If anyone asks how I am, I’ll adopt a pained tone and insist that I’m fine.”

Hobbs also expressed a keen desire to exchange as many germs as possible with like-minded colleagues in the hope that one of them develops a fever worthy of the hallowed day in bed.

Schwarzenegger charging £800,000 to kill you then deliver a one-liner 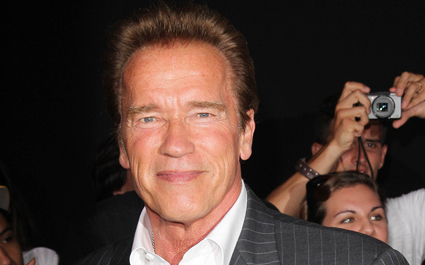 ARNOLD Schwarzenegger fans are paying almost a million pounds to have him kill them then make a wry comment.

The film star is in the UK to do an interview with Jonathan Ross and carry out some mildly amusing killings.

Businessman Norman Steele hired Schwarzenegger to hack off his left arm with a garden strimmer then say “He wasn’t very handy.”

As he bled to death, Steele said: “That was the high point of my life.

“Even my wife, who was strongly against the idea of my needless premature death, admits that this has been on a par with the bit in Predator where he skewers a guerrilla fighter to a wall then says ‘Stick around’.

“And nothing in human history is better than that.”