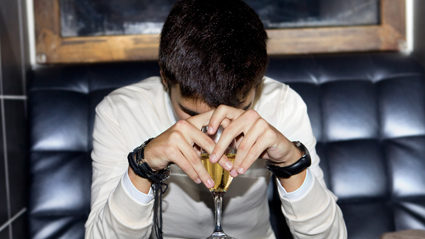 A MAN selling bullshit ‘pick-up’ lessons has worked his magic on hundreds of gullible men.

He said: “BONER stands for Be Ordinary Never Ever Robotic. If you have an acronym everyone thinks you’re a scientist.

“Really my expertise is at GITS – Getting Idiots To Stump Up.”

38-year-old IT consultant Norman Steele said: “When I met Tom I thought he had really nice eyes and could be the one to help me lose my virginity.

“But he just took my money and left me crying in the rain.

“However I still believe there is a secret word that makes attractive women physically fly at you as if they have been catapulted.” 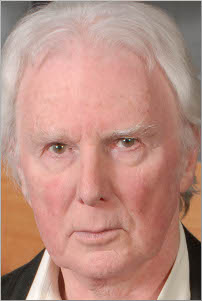 VENTURING below stairs in search of a water biscuit, I noticed my man was watching an entertainment on the light channel.

Transfixed by its sheer awfulness, I remained until its end and have summarised the main protagonists thusly:

Possibly one of the smallest chaps I have ever seen, like an urchin Toulouse-Lautrec. I spent much of my time fretting that he would be spirited away into the undergrowth by some shrew or possum.

Famous for riding motorcycles, I’m informed, much like Che Guevara in his formative years.

I really must insist on clearing a glaring historical error in the otherwise exemplary ‘Allo ‘Allo. Having studied the Dutch masters all my life I can categorically state that no painter called van Klomp exists, nor a painting of a fallen Madonna with big boobies. Van Eyck painted The Sleeping Samson With The Massive Bollocks but that is about it.

His blonde locks put me in mind of the late Margaret Thatcher, whom I once met at Downing Street. I was invited after being told she was having trouble with a Constable and initially thought that maybe one of them had broken his truncheon over a miner’s head and she was looking for contributions to buy a new one. Upon arriving I was presented with the Constable landscape causing concern. There, she said, indicating a fellow toiling in a distant field, That man looks foreign. Can we paint over him?

My help made some disparaging comments regarding this spirited lady, while resting a can of lager beer on his paunch and belching occasionally. First thing tomorrow I shall have a large mirror installed in his quarters to assist in his alarming lack of self-awareness.