THE UK has announced that its immediate plan for cushioning the economic and social shockwaves of Brexit involves gin, wine and lager.

Both Leave and Remain voters are to carefully manage the transition from membership of an economic bloc to a fully independent state by adding liquidity to their glasses until the necessary resilience is achieved.

Dr Helen Archer said: “The use of alcohol, of which the UK has extensive reserves, to keep things flowing is recommended by all the leading economists who staked their reputations on Brexit not happening.

“By self-regulating the body’s blood-alcohol level, which begins at a baseline which is way too low for anything except driving, voters of both persuasion can reach a level of self-sustaining stability.

“Which is to say, they don’t give a fuck about any of it any more.

“This will be hugely successful in the short-term, increasingly relied upon in the medium-term and just about the only strategy available in the long-term, especially if the Boris or the Gove becomes prime minister.

“I would normally advise you against drinking yourselves to death, but warnings not to do reckless acts of self-endangerment have gone unheeded of late.”

Jubilant Leave voter 'will catch up with the financial news later' 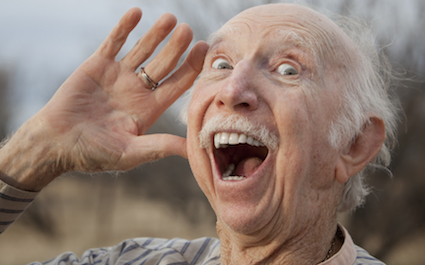 AN OVERJOYED Leave voter is celebrating the win and can catch up on all that financial stuff later, he has confirmed.

Norman Steele, from King’s Lynn, has told everyone that listening to the bean-counters can wait when ordinary Britons have finally taken their country back.

He continued: “The pound’s up, the yen’s down, whatever. We have scored an extraordinary triumph for the people of this country, so pardon me if I let the numbers boys stew for a bit.

“If they’re feeling anything like as optimistic as I am, then the sky’s the limit. There’s no index that could track the swelling of my national pride.

“There’s definitely going to be more jobs, more housing and more money for the NHS, I know that because that’s what I voted for and I bloody well won.

“I’ll catch it at the end of the news tonight when I’m toasting England’s greatest victory since World War Two.