British men getting untoned for summer

BRITAIN’S men are getting their bodies into the perfect overweight shape for the beach.

With summer approaching, millions of men are on strict diets of beer and fatty food to get big, flabby bodies they can feel unselfconscious about.

Roy Hobbs, from Peterborough, said: “I want to lie on the beach like a magnificent pink walrus, not some toned ponce who doesn’t sweat when he eats.

“I’m drinking cans of lager in the office and whenever I feel like nibbling on crisps or sweets I have gigantic handfuls of them.”

Tom Booker, from Stevenage, added: “My holiday’s in six weeks and I’m still not ‘beach body ready’. I might have to wear tiny trunks and a child’s t-shirt.”

Jane Thompson, a single woman from Hatfield, said: “This is going to sound horribly sexist, but when I see all those British men at the beach, I’m like a kid in a sweet shop.”

Sofa night with David and Nicola 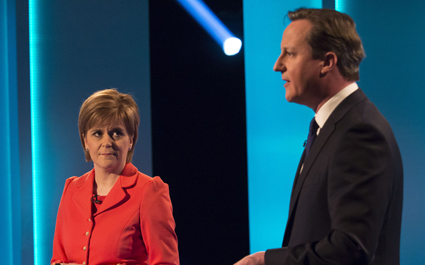 ANOTHER night in with David. I don’t understand why he’s suddenly so weird about sharing a sofa with me.

It wasn’t always like this. I remember the days we’d sit up for hours in passionate debate about Trident and local stabbings. Now look at him: watching Atlantis in a pair of slippers his mother got him out of BHS, which by the way smell like a leper has had ear discharge into them.

I try to liven things up with some conversation: “You know, I think I left my fuchsia cardigan at the SNP party conference.”

He makes a grunting noise.

“You know the one with the thistles on it I bought in Monsoon? For £95?”

We stare at each other for about eight seconds and then he goes back to Atlantis. So I change the subject.

“BGT is on the other side,” I suggest, helpfully.

He lifts the remote as slowly as possible, and changes it to BGT. It’s adverts. He quickly changes it back to Atlantis. I remain silent for a minute or so then express my feelings by doing a very quiet tut.

We are now watching CSI Miami. I normally enjoy a bit of sleuthing, but tonight I can’t concentrate because he’s breathing with his mouth open and something inside his face is making a loud clicking noise.

He says nothing but does a long sniff and then swallows loudly.

“You know, I was chatting to Natalie Bennet after the debate and she says Loratadine works wonders for her daffodil allergy.”

He turns the volume up by three bars. It’s now at fourteen, which in my view is excessive.

“CAN I GET YOU SOME LORATADINE?” I am raising my voice because it would appear he doesn’t understand.  He leaps to his feet and throws the remote; it hits me in the shin.

“Och, ya wee bastard!” I hiss, clutching my injured leg. I yell at him “What was that for?!” as he stomps off.

I’m alone on the sofa. I think he’s in the toilet because I can hear him playing Clash of Clans on his iPad. Sometimes I wonder why he can’t be more like Horatio Caine off CSI. Then we could stay up on the sofa speculating about ‘gun shot residue’ and ‘nailing the perp’. Also, he would know exactly where to look for my fuchsia cardigan.