Contaminated eggs give you an egg for a head

CONTAMINATED eggs will replace your entire head with the smooth, featureless ellipse of an egg, scientists have warned.

More than 700,000 eggs from Dutch farms have been affected with the substance, which causes consumers to lose all hair and facial features and to wobble down the street with a big egg on their shoulders.

A Food Standards Agency spokesman said: “You’ve probably seen one or two of them on your commute this morning. The eggmen.

“Dressed in perfectly ordinary suits, walking to work with their briefcases in their hands, seemingly unaware that from the neck up their heads are just massive eggs.

“Don’t try to speak to them, because they have neither ears nor mouths. Don’t try to crack them. Let the abominations be. They won’t live long.”

Dr Helen Archer said: “Luckily the only contaminated eggs in the UK are in pre-prepared egg sandwiches, and who eats those? Bad people. Builders.

“Round up the eggheads. They won’t be missed.” 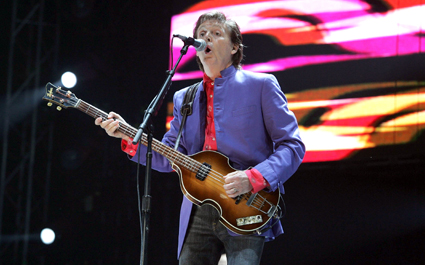 FEARS are growing for Paul McCartney who is now 16 hours into an acoustic version of Hey Jude and appears unable to prevent another chorus.

Fan Julian Cook said: “Every time he reaches a crescendo I feel satisfied, but roughly half a second later all I want is to hear the first part of the chorus again.

“Of course I feel a bit sorry for McCartney, especially when he uses the seconds between lines to beg for mercy, but he should’ve thought of that before he wrote such a catchy song.”

While McCartney has been able to eat morsels of food between choruses, his attempts to shower and defecate have been more problematic.

He said: “These braying jackals won’t ever be satisfied. If I ever get out of this I promise to only play Mull of Kintyre, nobody has ever complained about that ending.”