Dad would rather die of dehydration than buy bottled water

A DAD would rather die of dehydration than buy bottled water, he has confirmed.

Joe Turner, aged 57, has maintained a firm stance on not paying what comes from the tap for free throughout his life and insists he will continue to do so whatever the British summer throws at him.

“When a waiter asks him if he would like a mineral water and he looks at them like they’ve just shit in his hand, it’s great.

“But it’s less funny during a heatwave, when he’s refusing to stop at the corner shop on a dog walk despite looking like he’s going to keel over. Dad. It’s a quid. Choose your health over your principles.”

“You know what ‘Evian’ spells backwards? Exactly. I got a good laugh out of that from the nurse changing my IV when I was admitted to hospital for heat exhaustion.”

How to be a heroic migrant hunter, by Nigel Farage 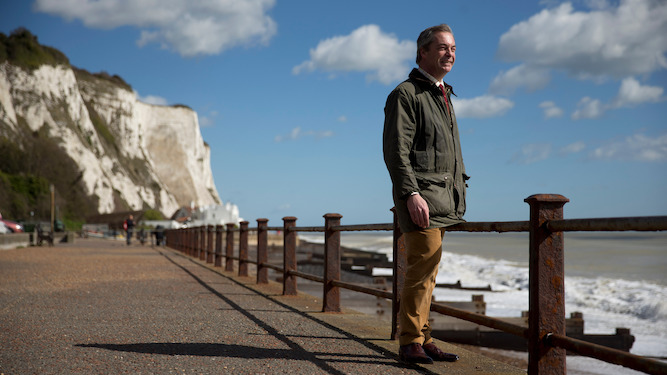 IS there any nobler calling than grassing up refugees fleeing war zones? I think not. Here’s my guide to tirelessly standing guard over Britannia’s borders.

You’ll need protection from the elements for long stints of coastal observation, so I’d suggest a pub. Ideally one with Spitfire on tap. Neck a couple of sharpeners to ensure you can spot the offenders, pop 40p in a seafront telescope and you’re away.

Not to spot the invaders making a dawn crossing, but so you can be on breakfast news. They’ll still have me on GMTV, even though most of this immigration bullshit is my fault in the first place.

Be ready for rough stuff

Migrants aren’t like us and may react unpredictably when challenged by a former president of the Rotary Club, so make sure you’ve got the stomach for witnessing unpleasant scenes as the police take all the risks and you film it on your phone.

A photo-op no TV crew will be able to resist, and you can pretend you’re Drake, Nelson or Captain Edward Smith. Obviously I’d like to be armed with cannons to sink the buggers, but I’d lose my £120 deposit on the sightseeing boat. Ladies and gentlemen, I give you health-and-safety Britain.

Even if all you’re doing is hanging around Dover making a nuisance of yourself while asylum seekers get processed, talk about ‘invasion’ and ‘national humiliation’. If terrified grannies can’t sleep for worrying about the Arabs taking over, you’ve done the right thing.

Don’t forget the other borders

I’m focusing on the Channel at the moment, but do we really want the Welsh and Scottish swarming across our land borders? I think you can guess my opinion.