Families have confirmed they are sick to the back teeth of putting one foot in front of the other along the same route with the same people every single day.

Emma Bradford said: “None of us want to go any more. I have to drag everybody out and then we all march up the road bickering until we can get back to watching Netflix on separate devices in different rooms.

“What started out feeling like part of our civic duty to stay fit and healthy during a time of national crisis has now become as much of a monotonous pain in the arse as the daily commute to work.

“I’ve started walking on my own now. Well, I say ‘walk’ but I actually mean ‘sit on the park bench with a flask of wine and cry’.” 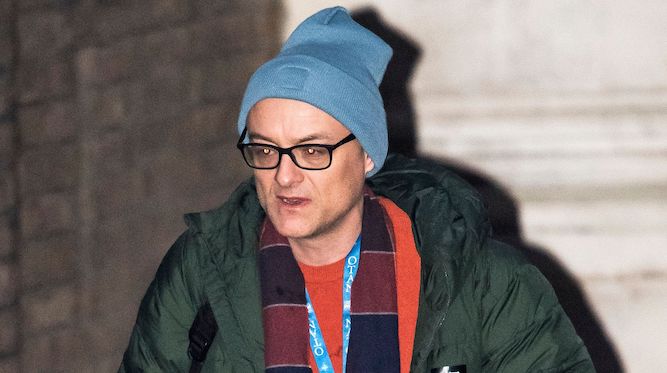 Voters would be asked whether Cummings should remain as Johnson’s Svengali or leave the corridors of power. Both sides will be stuck in an angry impasse after the remain camp prints ‘We send people on 60-mile round trips to test their eyesight’ on the side of a bus.

The ruined castle dates back to the 12th century so it’s probably full of scary ghosts. If the brain behind Brexit can last a whole night chained up in its creepy dungeon we’ll say no more about his questionable visit there for at least a week.

Force him to wear a suit

Dom’s beanies and ratty t-shirts are enough to report him to the fashion police, not just Durham police. Making him wear a suit and tie to work like an adult will make him squirm in discomfort, although there is the risk it could make him go full Lex Luthor.

Spank him with rolled-up copies of The Spectator

Key workers would be invited to thrash Cummings with such prescient Mary Wakefield articles as ‘Like so many parents, I’m a panic junkie’ and ‘Getting coronavirus does not bring clarity’. The scheduled spanking would begin 30 minutes later than planned just to make him sweat bullets.

A march of shame through Islington

Every night as he slouches home from work, Cummings would be bombarded with boos from neighbours. A big TV pulled by a van could even play news clips that underline his mistakes. In fact people already gave this a go last week.