Dentistry is expensive because mouths are gross, dentists confirm

DENTISTS have confirmed that they charge huge amounts as compensation for having to spend their working lives staring into your disgusting mouths.

The profession’s average earnings of £90,000 is justified, according to those in it, because all the horrible stuff they have to deal with like spit and abcesses and gums and moustache hairs.

Dentist Julian Cook said: “Ever had a look in your own mouth? Spoiler alert, it’s a fucking state in there.

“Imagine screwing a false tooth into the bone beneath the gum, and not spending the next month shuddering in horror. Dealing with the nightmares is why I get paid so much.

“Once I accidentally touched that little punchbag thing in an old man’s throat. So fucking gross. Oh God, I’m going to throw up.”

Proctologist Dr Helen Archer said: “Arguably our job is worse, but you don’t get into looking up arses for a living if you’re not into it in the sickest possible way.”

Slush Puppies volunteer to be thrown at twats 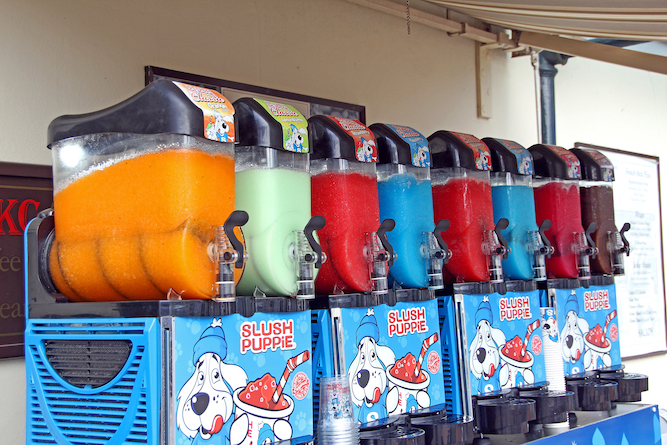 BRAVE Slush Puppies are volunteering to be tossed at right-wing arseholes.

Following a spate of milkshake attacks on racists and xenophobes, the retro children’s treats are hoping Britain’s hipsters will use them as ironic, anti-fascist missiles.

Roy Hobbs, a bright blue Slush Puppie from Stevenage, said: “We just want to contribute, but Slush Puppies don’t have the same high street presence as the fast food milkshakes.

“The milkshakes are doing terrific job, but if do you want to throw something gloopy at Ann Widdecombe then we’re very good at holding our shape in mid-air.”

Meanwhile, Jane Thomson, a bottle of strawberry Yop from Peterborough, added: “We’re up for it too. Personally I’d love to turn Mark Francois into a pink, sticky mess.