THERE were calls last night for a national debate over whether or not Britain really needs doctors.

As the British Medical Association called for a ban on thinking about alcohol, experts said it was time to start planning for a doctor-free society.

Professor Henry Brubaker, of the Institute for Studies, said: "Once again the BMA is talking about alcohol being a threat to 'public' health as if that's an actual thing.

"And while there are individuals who can't handle their sherbert, why not deal with them as individuals instead of constantly demanding a tax on anything that hasn't already been banned and generally getting on my tits?"

He added: "The quickest way to get rid of doctors is to simply pay them to stop being doctors.

"The only thing they love more than calling for things to be banned is truly gigantic sums of money swilling around in their current accounts.

"If we're serious about creating a doctor-free society then taxes will inevitably have to rise, but just imagine for a moment a future where you are not being made to feel like a murderer by some Audi-driving tit who just happened to spend an extra year at university."

Margaret Gerving, a retired headmistress from Guildford, said: "I'm quite happy to bung my symptoms into Google and then order the pills from Amazon. And if I need something lopped off I can down a bottle of gin and place myself in the capable hands of that nice young man who works on the meat counter at Asda."

She added: "I am really looking forward to walking into my local GP surgery next week and telling them all to go piss up a rope." 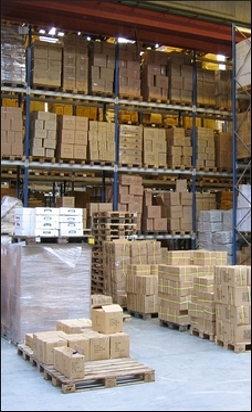 THE BBC has begun dismantling Robert Peston in the clearest signal so far that the recession is over.

As Kraft launched a £10bn bid for Cadbury and GDP rose slightly, the corporation's business editor was strapped to a trolley and taken to a garage in Deptford where he will be broken down into his 498 constituent parts, which will then be scrubbed with sandpaper and covered in grease.

A spokesman said: "Business news is only interesting when it's absolutely terrifying. Once things start to return to their normal levels of tedium there's really no need for a large, complicated Peston.

"It will also give us a chance to make some essential modifications so that by the time of the next recession in April 2014 we can wheel out a fully upgraded Peston but without such an unbelievably annoying voice."

Engineers have already removed the arms, knees and feet and are expected to begin unscrewing the buttocks later today.

Bill McKay, the corporation's chief dismantler, said: "The buttocks are always the hardest part. They get all gummed up so you need to get right in there with some turps and a chisel.

"The head, on the other hand, is a doddle. It's attached to his neck by a couple of brass clips and just pops right off."

He added: "We'll number all the different parts and store them in a vast warehouse where we keep what's left of Keith Chegwin and Lesley Judd."