A MAN having a month off alcohol is putting his concerns about life expectancy before his mates, it has been claimed.

30-year-old Tom Booker has been refusing pub invites and treating friends like dangerous ‘enablers’, just so that his liver and other major organs can repair themselves after a year of sustained drinking.

Booker’s best friend Wayne Hayes said: “When Tom split up with his fiancee he was in bits but I was there to talk it through and to take him to the pub. I’d like to know where his liver was at the time, because it seemed to be doing fuck all to help.

“Now though, it seems to be all about his internal organs, because they’re apparently so ‘special’ and keep him alive.

“It’s his choice to ignore his friends, we all know his liver and his circulatory system won’t be there for him in a crisis.”

Booker’s closest work friend Stephen Malley said: “It’s like they say ‘You can get another liver, but you can’t get your mates back’.

“Actually I just made that up but it’s perfectly true.”

Hull now incredibly up itself 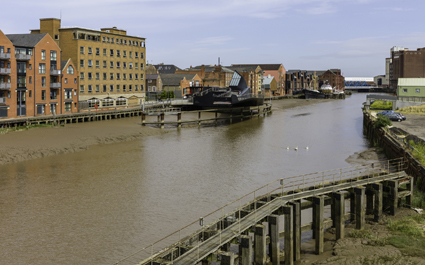 BEING the UK’s City of Culture has caused everyone in Hull to become a snooty intellectual, it has emerged.

Residents of the northern city have immersed themselves in highbrow literature, classical music and theatre while feeling smug and superior about it.

Teenager Wayne Hayes said: “I used to drive around playing happy hardcore in my modified Nissan Micra, but I’ve started putting on Mahler symphonies and tutting at people in tracksuits.

“Tonight I’m hanging round the park with my mates but instead of drinking cider until we puke, we’re putting on a challenging interpretation of Who’s Afraid of Virginia Woolf?”

Builder Roy Hobbs said: “I was in Wetherspoons for the poetry recital and it was so packed I missed half The Wasteland while I was ordering a bottle of Merlot. The Arts Council really should do something.

“Hopefully it’ll be quieter at the weekend when me and the lads try the Heston Blumenthal tasting menu before going on to the multiplex for the Truffaut retrospective.”

Mum-of-two Donna Sheridan said: “I can’t get the kids off their easels ever since they discovered impressionist painting, so the Playstation 4 was a total waste of money.

“I’ve made a rule that they can have two hours of discussing the plays of David Mamet every night then it’s off to bed.”