Tom Booker has been wearing shiny green Crocs in public since 2006 without any sense of embarrassment, yet cannot don a piece of cloth or paper over his mouth without exposing himself to dangerous ridicule.

Booker said: “I have a keen eye for style, and there’s no way a face mask would fit with the rest of my wardrobe, which includes a number of Hawaiian shirts and Alpaca chullos.

“Also there’s nothing quite like feeling the wind rush through your toe hair as you hit the town in a pair of oversized plastic shoes. Every time I wear them out people stop and stare in amazement. You don’t get that with face masks.

“If they somehow found a way to make face masks look as dignified and elegant as Crocs, I could be tempted. Perhaps the boffins should prioritise that over looking for a vaccine?”

Bystander Stephen Malley said: “I thought shoes like that were already for people with a serious medical problem. You’re not telling me he chooses them?” 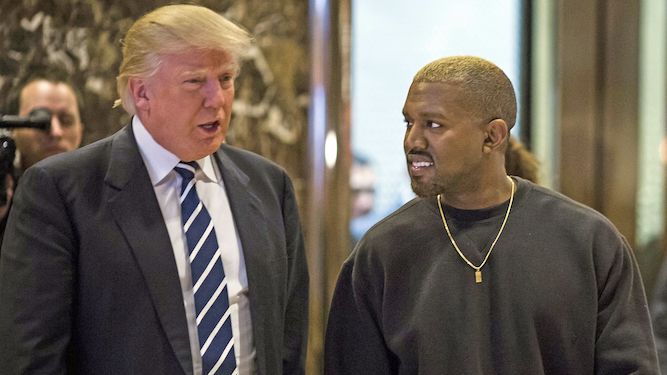 As a real-estate developer Trump’s business model is firmly based on ripping everybody off. Kayne is a classic Kenyesian economist, in that he spends shitloads constantly and doesn’t give one f**k, which while unsophisticated is a proven method of beating recession.

Trump was delusional enough to get on well with Boris Johnson and Kim Jong-un. But Kanye is twice as egomaniacal and would force them to record bars for an upcoming track, leaving them humbled and terrified. Even China’s tiny compared to Kanye’s towering self-regard.

The White House belongs to America. So why aren’t there cameras in there filming every moment of the First Family’s life to sell overseas? Melania calls herself a model, but Kim Kardashian would really monetise every aspect of the Oval Office for Instagram likes.

Who would the army rather take orders from, a fat man with f**ked-up hair and tiny little eyes or the man who made bangers like Power, Stronger, and Black Skinhead that sound great on your headphones as you’re air-striking Al Qaeda or whoever? No contest.

Trump won’t wear a facemask because he’s so insecure he thinks it makes him look unmanly. Kanye wore a full-face crystal facemask for his whole 2013 tour. This both sets a good example to Americans and makes him look like Cobra Commander, so win-win.