FAT people are now more destructive than the atomic bomb and will soon crush the earth to death – unless they eat if first, health secretary Alan Johnson said last night.

Ravenous huge people have consumed large areas of our city centres and the Army has been called in to smear key institutions such as hospitals and libraries with Marmite to stop them from being eaten too.

But Wales has already become so squashed by its enormously fat and lazy population that it is now smaller than a radish and has been forced to secede from the United Kingdom and offer itself for sale at a farmer’s market.

Mr Johnson said the whole earth would be crushed to the size of a golf ball by fat people and then swallowed by one of them by 2012 unless they were stopped now by the few people left on the planet who were not enormous great bastards.

He said: “Fat people are now more evil than cannabis and the Nazis combined, and a bigger threat to the future of our planet than climate change and that mad bastard who is in charge of Iran blended into a smoothie with a gallon of full cream. Only tobacco is worse.

“Unless we kill all the fat people today, cut them up and eat them, and then run around a lot to make sure we do not become just as fat as they were the Government will be forced to spend £2 billion on a huge door widening programme in the next six months alone."

According to the latest Government research every single person in Britain will be a huge lump smelling of stale grease and sweat within the next five years.

At the moment only 2% of the population is not officially disgustingly obese and they are being kept in cellars and fattened up for slaughter by their massive neighbours. 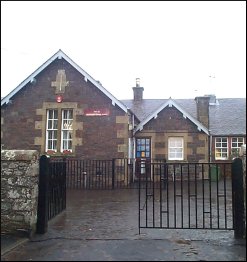 CHILDREN don’t like going to school and would prefer not to have to do any work at all, according to a major new study of education in Britain.

Around 60% said they would prefer to play computer games with their friends instead of listening to a man with poor personal hygiene reciting the names of the Kings of England.

The other 40% said they would be happy if they never saw another sum and instead got to sit on the sofa all day watching repeats of Balamory with a a bottle of Tizer and a tube of Pringles “as tall as a house”.

“They are also deeply concerned about global warming, terrorism, the gulf between rich and poor and whether that big fat ginger bastard is going to steal all their crisps at lunchtime again. They think we should stop all those things right now too.”

Eight year-old Paul Bates, said: “I want to live in a castle and have a big sword with magical powers and a dragon I could fly around on and I’d like my friends Rob and Alan to come and live with me although obviously I would be the king and everything and they would just be my slaves. And we would not allow no girls.”

But educationalist Professor Henry Brubaker disputed the report’s findings and cited his research which proved that children should just sit down and shut the fuck up for 18 years.

He said: “Tell them to sit down and shut the fuck up.”