Fat people should be 'encouraged' to hate themselves, say doctors

DOCTORS have called for a new approach to obesity which gently encourages overweight people to despise the very idea of themselves.

The Academy of Medical Royal Colleges said the fatness crisis was making it increasingly difficult to look at Britain without vomiting.

But the report, entitled It’s Not Your Fault That You’re Utterly Vile, stressed that fat people just want to be understood while they are being stigmatised.

The report suggests that everyone with the correct body mass index score be issued with a photo of a malnourished infant that they can show to a fat friend or relative, perhaps while they are eating a cake.

A spokesman said: “You don’t need to say anything. Fat people don’t want to be nagged. Just slide the photo towards them and then raise your eyebrows.

“And rather than telling them, ‘you really need to lose weight’, try saying, ‘I know you’re a big fan of Carey Mulligan and it’s a testament to your discerning taste in cinema – but did you know that if you fell on her you’d probably kill her?'”

The spokesman added: “Remember that anti-smoking advert with the little Tonka Truck in the back garden that had been used as an ashtray by a parent who was a total and utter bastard?

“Well, we were thinking, we show a child crying and then the camera pans to reveal a hastily opened Easter egg and a fat parent whose face is just covered in chocolate.

“And then a helpline phone number and the slogan, ‘Don’t make your children hate you as well’.” 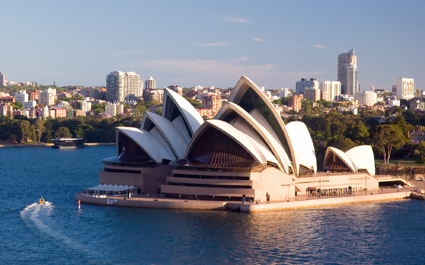 BRITISH 18-year-old Stephen Malley has managed to survive for six weeks in the heart of Sydney.

Starved of culture and self-deprecation, Malley was forced to drink his own urine rather than sweet, fizzy lager.

He said: “Neighbours and Home and Away can’t prepare you for the reality of the situation.

“Everyone here is so relentlessly cheerful.”