659 million people even worse than you thought

ALMOST 10 percent of the people on Earth are even worse than you had suspected.

Science has established that Manchester United Football Club is supported by 659 million people, all of whom can now be classed as ‘wholly unacceptable’.

The research, performed using a website and a calculator, found that every corner of the world contains at least one human who still thinks Ryan Giggs is really nice.

Professor Henry Brubaker, of the Institute for Studies, said: “Obviously, Manchester United is supported by many people in the UK who live nowhere near Manchester and wouldn’t know the offside rule if it ran their quirky local cheesemongers.

“They are the worst people in Britain.

“But now we discover there are hundreds of millions of people who live even further away from Manchester – many of them as far away from Manchester as it possible to be while remaining Earth-bound – who still seek to identify with Wayne Rooney and his terrifying, aubergine-coloured mentor.

“What kind of lives are these people living? Has Oxfam been distracting us from a far greater humanitarian disaster?

“Or perhaps they are all just really stupid and ghastly?”

Professor Brubaker added: “Could it be that they think Manchester is a Utopia filled with eight-foot tall, hyper-intelligent demigods? If so, we need to find a way of paying for each and every one of them to go there immediately.

“And then take a photo of their face that they can keep, forever.” 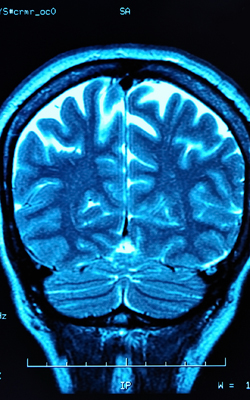 THE most extensive scan of the human brain yet has revealed it is essentially a storage unit for highlights from The A Team.

Scientists at Massachusetts General Hospital found that the largest area of the brain is the 80s televisual cortex, which stores data about old teatime series like MacGyver, Airwolf and Diff’rent Strokes.

Neurologist Dr Roy Hobbs said: “The mind is basically an organic VHS video recorder, capturing whole episodes from antiquated TV action series, like the one where the A Team gets cornered in a toy factory and attach rockets to remote control helicopters.

“This explains why you can still recall that episode of MacGyver with the killer ants but can’t ever remember your mum’s birthday.

“It also suggests that Stuart Maconie may be the pinnacle of human evolution.

“What’s really interesting is that even people who weren’t born in the 80s have a recollection of these shows, like a light entertainment ‘tribal memory’.”

Dr Hobbs added: “Thoughts and emotions are just a by-product of the recording process, giving the brain something to do when there’s nothing good on telly.

“Possibly we were created by advanced alien engineers who will one day come and harvest our brains for old TV highlights, thus using our species as a kind of intergalactic Netflix.”