THE first sizzling hot chip on a plate has been eaten within seconds of arriving at the table, ruining the rest of the meal.

Nathan Muir simply could not wait to eat the chip, which only moments before was enjoying its second fry at 160 degrees, and consequently suffered burns to his lips and tongue.

“Delicious, really delicious, but a bit too hot. I’ll try another one. No, still too hot. Ow.

“I’ll put a bit of mayo on, that’s better. But it seems I can’t really taste anything now, and just when my burger that’s too big to comfortably eat is arriving.”

He added: “Damn you, chips. You have made a fool of me yet again. And we both know it won’t be the last time.”

May wondering exactly when it was she lost her mind 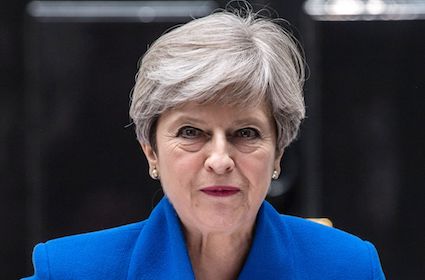 THERESA May has been pondering exactly when she changed from a competent, ambitious politician into a deranged Brexit crusader.

The prime minister, after dismissing yesterday’s election results as nothing that directly concerned her, began to muse about exactly when the switch took place.

She said: “I was still normal when I became PM, I think. It wasn’t that I just looked normal next to Andrea Leadsom.

“Something about my mantra ‘Brexit means Brexit’ seemed to give me power until reality itself bent to my whim, like unto God.

“I knew I had been chosen to deliver England – and the lesser bits – from a great evil and that my speeches were prophesies. Merely by saying I was ‘strong and stable’, I became so.

“And thus I miraculously remain prime minister despite the results because I am the people’s champion.”

She added: “I don’t miss being sane. Dealing with the real world was… difficult.”