F**ked, really f**ked, or nice and safe and Tory: the three-tier lockdown explained

THE government is introducing a three-tier lockdown system because Dominic Cummings doesn’t believe you can grasp numbers higher than three. This is how it will work:

Only subject to the usual restrictions ie Rule of Six, pub curfews, fines for not self-isolating, all those previously unthinkable restraints on your personal liberty you now accept without question. Schools still open.

For areas with high house prices in the South of England that always return a Conservative no matter what. Coincidentally. Oh, and also fewer than 100 cases per 100,000 people, not that we’ve any idea because we’ve still not got this testing thing sorted yet.

Households forbidden to mix indoors or in hospitality settings, and we should really work out a way of enforcing that at some point. You will be allowed to leave your area but you’d better be bloody grateful. Schools still open.

For Red Wall areas who’ve served their purpose by giving us this lovely big thumping majority and now we could not care less about. Coincidentally. For when there are more than 100 cases per 10,000 people, like in all our other local lockdowns that haven’t worked.

Pubs closed, restaurants closed, gyms closed, no social contact with any other household, no overnight stays anywhere, no leaving the area, everyone fitted with shock-collars remotely controlled by Whitehall. Daily collections of dead on carts. Schools still open.

For Merseyside and other staunchly Labour-voting areas that just will not listen to reason. Coincidentally. For ‘significantly higher rates of transmission’, and isn’t that nice and vague. Stay in your homes. The Covid marshalls in black vans will be arriving for you shortly. 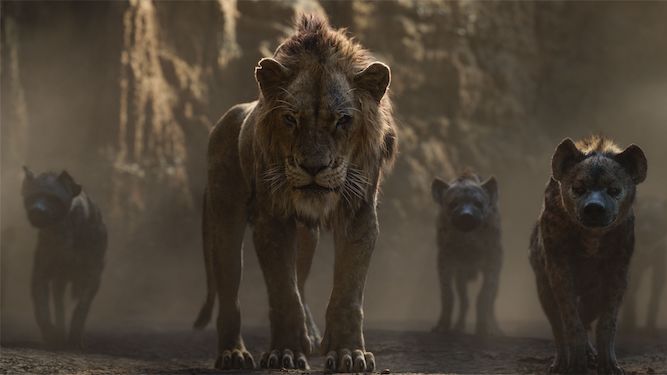 AS home secretary, I detest everyone in Britain. But I love Disney because for every sad moment like Scar being thrown to hyenas there’s a happy one, like Bambi’s mum being shot. Here are my top five:

Mufasa makes it obvious that he’s a green, a Marxist and allows the co-existence of inferior species. The circle of life is communism. What a wonderful moment when a leader who understands how to exploit natural resources takes over. Those wildebeest aren’t your friends now, eh, hippy?

My fashion icon growing up, Cruella is only thinking of how unsustainable the puppy population has become. If you have too many childen and can’t afford them, you should be glad when wealth creators step in with innovative market-led solutions.

When Robin Hood is sentenced to death

I believe in the death penalty, especially for foxes thieving hard-earned hereditary fortunes from aristocrats and robbing the poor of any chance to better themselves by giving them handouts. His death sentence from the wonderful Prince John warmed my very heart.

When Governor Ratcliffe lands in Virginia

Governor Ratcliffe in Pocahontas displays all the qualities that made Britain great, chiefly pillaging foreign lands of their riches and slaughtering the indigenous people. It devastates me when his plans are thwarted by the actions of John Smith, who seems determined to accept other cultures. What’s British about that?

When Anna and Elsa are orphaned

I don’t know what it is, but there’s something about a sinking ship in a rough sea that gets me right there. And those sisters being orphaned and their country left at the mercy of any despot with a big army. I just cannot wipe the smile off my face.