Foreigners Told To Have Their Babies In The Sink

FOREIGN mothers who think they can just come over here and have their baby in an NHS hospital have been told to give birth in the kitchen sink.

New figures show the NHS is being flooded with grasping, olive-skinned women demanding the 'right' to have their baby delivered by a trained professional who has washed their hands.

Now ministers say the free ride is over and have told immigrant scroungers to get out the Vim and give their spice-ridden kitchens a good scrub down.

Health secretary Alan Johnson said: "The NHS was not set up to help dirty, foreign babies into the world.

"These Eastern European mothers see pictures of our exquisite birthing suites on their stolen laptops and before you know it they are packed into stolen people carriers and heading our way on board stolen car ferries.

"As for the Africans and the Asians, they have spent thousands of years squeezing their babies into a hole in the ground. Why on earth would they want to throw away their proud cultural heritage?"

Mr Johnson said that from April non-British mothers will be turned away from NHS hospitals but given a leaflet showing them how to climb safely onto the kitchen worktop and position themselves over the sink.

He added: "Probably best to use a chair, then once you're actually over the sink, hold on to the taps or perhaps the curtains if you're near a window." 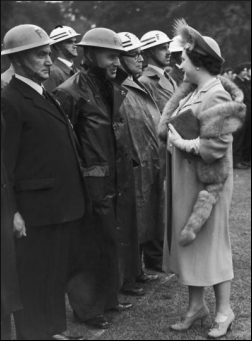 PEOPLE in their forties are a bunch of whingeing shits who should count their blessings, according to new research.

Henry Brubaker, of the Institute for Studies, said it was unclear why comfortably off forty-somethings should complain all the time, but he suspected it was because they were horribly self-absorbed.

He said: "Your average 40 year-old should have a good job and a nice house, a family and will be looking forward to the death of his parents so he can pay off the rest of the mortgage.

"If you're a women the worst that can happen is your husband runs off with a teenager even though she has to lift up his beer belly just to get it in, and will then leave him after a week for someone who's not suffering from stress-related impotence.

"Of course, he then ends up in a bedsit while you get the house and half his pension and you don't have to have sex with him every time you want new shoes."

Roy Hobbs, 85, said: "I didn't fight Hitler for six years so these bastards could take to their beds because they've got crows feet and a bald patch."