Fruit not a snack, say kids

CHILDREN tired of being told to have an apple whenever they are hungry are calling for fruit to no longer be classified as a snack.

Kids aged between three and 16 have confirmed that when they request a snack they are requesting the kind of snacks adults have, for example a Kit Kat Chunky or packet of pickled onion crisps.

Eight-year-old Joe Turner said: “I don’t see the grown-ups reaching for a kiwi fruit when their blood sugar’s low. They’re straight on the chocolate Hob-Nobs.

“An apple isn’t a snack. It’s just a crunchy green ball of sadness.  I do not want to munch on sadness after a long day of phonics.

“And don’t get me started on bananas. That’s like unwrapping a pair of novelty underpants from your gran on Christmas day. Unacceptable.

“If we have to have our ‘Five A Day’, and again I notice the adults aren’t, it’s only fair that Fruit Pastilles, big glasses of blackcurrant and those giant strawberrys from sweetshops are included.

“Or, alternatively, stop buggering about and give us biscuits.”

Bizarre email reply actually answers question 'How are you?' 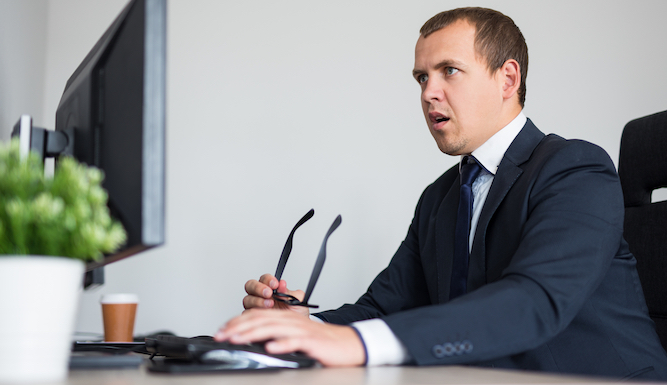 A STRANGE and frightening email reply actually includes a response to the original’s opening question, ‘How are you?’

Sales manager Tom Booker opened an email to Wayne Hayes with the traditional pleasantry but instead of it being ignored received a full, frank and unwanted response.

He said: “At first I wasn’t sure what I was reading, I thought I’d opened someone’s diary or something.

“Then I realised Wayne was actually telling me how he was. He wrote about how his knee had been playing him up and how he was feeling tired because the baby had been up in the night but otherwise okay?

“What am I meant to do with that information? I was just trying to soften the blow of asking him when his reports are coming over, and he thinks I’m genuine?”

Booker has admitted that he plans to avoid Wayne from now on in case an innocuous question triggers yet another outpouring of personal information.

He added: “I’m afraid to even say ‘Alright Wayne?’ in case I’m told about his issues with premature ejaculation. The man’s a freak.”