Getting Drunk And Urinating On Your Boss's Desk Is Not Your Fault, Say Experts

PEOPLE who get drunk and then empty their bladder on and around their boss's workspace are the victims of 21st century society, a major study has revealed.

Researchers at Dundee University found that modern working patterns, new technologies and the chemical make-up of food and drink, meant people could end up urinating on their boss's desk even if they had tried not to.

Research chief Dr Tom Logan said it was becoming easier for people to have a few drinks, sneak back to the office, disable the CCTV system and – having bribed the cleaners – obtain keys so that you can get into your boss's office and urinate and/or defecate all over his chair, desk and surrounding carpet.

He added: "If this is the sort of thing you were to get involved in, say this Friday night, it would not, in any way, be your fault.

"Not that I'm encouraging people to do it, but if you did – and let's be honest, it would gain you the respect of your colleagues – you would not be to blame. At all."

The food and drinks industry has already responded to criticism that its products make it harder for people to accept even the slightest inkling of individual repsonsibilty.

The Vodka Manufacturers and Distributors Association is to fund a new marketing campaign with the slogan: "If It's Out of Your Hands, Why Not Order Trebles?"

Meanwhile Burger King has launched its Blame-Free Meal Deal, including the Triple-Cheese No-Fault Whopper with I'm the Victim Here Fries and a spacehopper filled with Diet Pepsi. 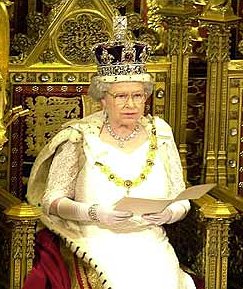 BRITAIN is in the middle of an obscenity epidemic with most people expected to be foul-mouthed ‘fuckers’ by 2050, according to latest government estimates.

A combination of the increasing strength of popular curse words and the fact that nothing in this country shitting works anymore are believed to be the main causes of a recent rise in profanities.

As a result while the outbreak of a major world war 70 years ago would have led most Britons to say ‘bother’, a slow broadband connection will today result in a ten minute tirade ending in ‘fuck, piss, shit, wank’, scientists said.

Henry Brubaker, director of cursing at the Institute of Swearing, said that 48% of British adults were already clinically obscene, while 35% of under-fives had shouted ‘arse’ or ‘willy’ at their parents in the last six months.

He said: “If current trends continue the Queen will say ‘cock’ during her speech at the State Opening of Parliament in 2011, and children’s television favourite Blue Peter will be renamed Blue Arseing Peter next February.

“I was in Church on Sunday when the vicar said ‘beef curtains’. Only five years ago you would be lucky to get a ‘faggot’ or a ‘cocksucker’, and then only because it was a reading from the Old Testament. Bastarding twat shits.”

Maureen Moore, co-ordinator of the Framework for the Eradication of Language that Causes Harm (FELCH), said: “Swearing now poses a greater threat to the future of the planet than climate change, Microsoft and bad parking combined.”

But Bill McKay, head of policy for the Freedom to Utter Crap, Toss, Horse’s Arse and Twat (FUCKTHAT), said: “Bugger-tits.”