BRITAIN’S girlfriends are demanding that their partners get more spots and then allow them to squeeze them.

Research by the Institute for Studies found that 98 per cent of women enjoy fiddling with their partner’s spots, although they cannot explain why. By comparison, only 0.2 per cent of men would consider touching a girlfriend’s pimples.

34-year-old Mary Fisher said: “I have an IQ of 149, I’m a heart surgeon at the Peterborough Royal Infirmary and I’m a member of the Royal Opera society.

“But if I’m being honest, my favourite past time is popping my partner’s spots, whenever he has them. The bigger the better.”

Bradford was keen to point out that it was only her boyfriend’s spots who she was interested in popping: “I wouldn’t burst just anyone’s spots. For example it is was some random guy who worked in a burger van and wanted his back de-spotting, I wouldn’t be into that.”

Professor Henry Brubaker said: “You could argue there was something sexual or even sado-masochistic about it, or that it’s some instinctive throwback to Neanderthal grooming rituals.

“But it isn’t those things. It’s just weird.”

New iPhone is shy and hides from you 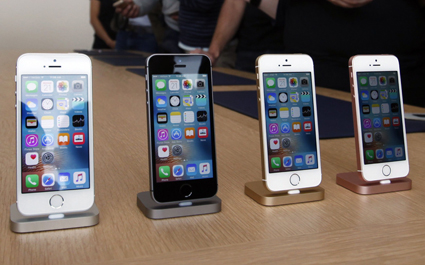 THE NEW, tiny iPhone is naturally shy and avoids any contact with its owner, Apple has revealed.

The iPhone SE, which is so small it can slip between your fingers, will hide behind furniture, under cushions and haunt its owners with the distant sound of ringing.

Apple CEO Tim Cook said: “From the moment you open the box and it skittishly flees under the sofa, you’ll only ever catch a glimpse of the iPhone SE.

“It will peep from you around corners. You’ll wake suddenly in the night, a warm spot on your pillow where it was watching you until a second ago.

“Sometimes you’ll see it in your peripheral vision, close enough to touch, but when you look it’s gone as if it were never there at all.”

Susan Traherne of King’s Lynn said: “Why would I want something that, while admittedly cute, refuses ever to be touched, and just sucks up money?

“I’m a cat owner, if that answers your question.”