A MAN with a slight cough has Googled his symptoms and convinced himself he is suffering from bubonic plague.

Julian Cook is not sure where he managed to contract the disease, which killed 50 million people in the 14th century, but believes his internet searches prove it beyond doubt.

He said: “Suzy on reception thought it was tonsilitis. Andy reckoned it was a cold. Both wrong. It’s the Black Death.

“I’ve got all the symptoms – fever, chills, feeling extremely weak, no buboes yet, no bleeding yet, no gangrene yet, tired all the time. So-called ‘doctors’ can fuck off.

“The boss won’t let me go home which isn’t surprising. I’ve always said he was so lacking in empathy he’d have me in right up until I was collected on a cart and thrown into a big pit.”

Colleague Francesca Johnson said: “I did suggest that, not being a medieval peasant co-habiting with rats, plague might be unlikely. Later on I saw him Googling leprosy.”

What do Prince Archie's feet tell us about the future? 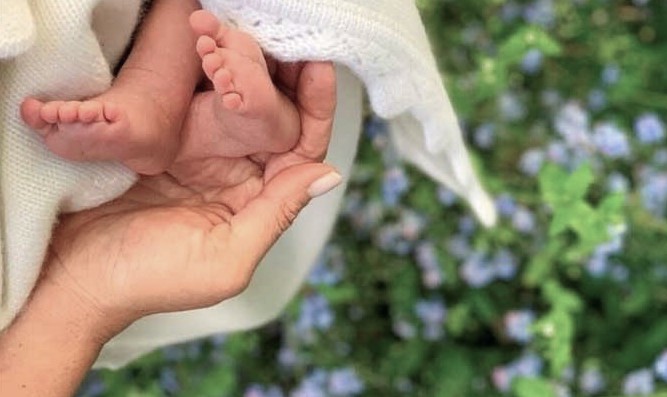 HARRY and Meghan have treated the public to a cherished glimpse of feet. But what does this astonishing photograph tell us about our destiny?

Key-rings in the shape of the royal feet will surpass rabbits’ feet as the talisman of choice. The Sussex child will bring good fortune to your next interview, court hearing or casual sex hook-up.

According to psychics the feet mean he will have a ‘fiery streak in his teenage years’. Not because his dad was a bit like that, or all teens are like that, but because of the way his little toenail sits. If he gets a verruca the world will end.

The image is like one of the Infinity Stones. When six parts of the baby have been posted on Instagram, half the universe will be destroyed by the Duchess of Cambridge.

There will be an immensely popular conspiracy theory suggesting the hand in the photo isn’t Meghan’s. Or is it? Either way, only a Grand High Ultra-Magician of the Illuminati would opt for white nail varnish.

The Daily Express will release a ‘This Little Piggy’ commemorative poster. Its readers will play the nursery rhyme game using Archie’s toes as Britain plunges ever deeper into catastrophic and permanent insanity.