DOCTORS’ surgeries are hopeful that if they leave patients on hold for long enough they will either make a complete recovery or die.

Carolyn Ryan, receptionist at a practice in Surrey, refers to the hold button as ‘triage’ and believes their Pan-Pipe Hits of the 1980s album successfully deals with around 50 potential patients a day.

She said: “If you’re really ill, you’re willing to wait. Unless you’re too ill, in which case it’s too late.

“I believe most of our patients make a full recovery just from the restfulness of sitting watching a phone, and I know one man said the wait turned out to be the last four hours of his 24-hour flu.

“I’m very strict about not answering unless we’ve got at least 75 people in the queue. I think they teach that at medical school now.”

Emma Bradford, on hold since 8am this morning, said: “Fuck this. I’ll Google my symptoms, pick the deadliest possible outcome, then rush to A&E in a panic like last time.” 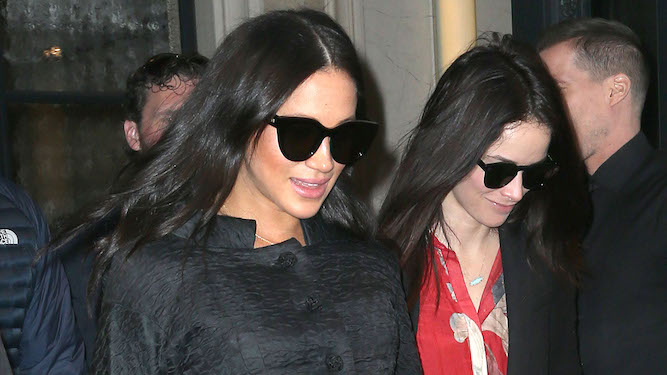 THE Duchess of Sussex is under fire after enjoying a night out with Serena Williams, Jessica Mulroney, and ISIS bride Shamima Begum.

Meghan had the 19-year-old flown from Syria to New York’s The Polo Bar, a favourite of celebrities, for a four-course dinner with friends including Victoria Beckham, Michelle Obama and Suits co-star Abigail Spencer.

A source close to the Duchess said: “Meghan’s been reading all about the jihadi bride and just naturally felt sympathetic to someone who’s been given such a hard time in the media, like herself.

“Plus, with Shamima having just given birth, albeit in a refugee camp on the border of a war-torn nation rather than the Lindo wing of St Mary’s Hospital, they’ve got a lot in common.

“Meghan knows exactly what it’s like to feel like a stranger to British traditions and to need to find your own place here, so she’s really been giving Shamima some useful advice on how to fit back in to UK society.”

The seven-month-pregnant Duchess of Cambridge looked resplendent in a tailored navy wool coat with tortoiseshell buttons, while Begum wore a tan Givenchy trenchcoat with nude suede heels and her trademark headscarf.