Hairdressers to open because you all look like shit: the definitive list of what's opening, what's not, and why

THE Goverment has announced everything that will be reopening to the British public from July 4th. Here’s the definitive list, with explanations:

Pubs, because you’ll need to be pissed to cope with the second wave

Restaurants, because some people are so fancy they need to eat while they get pissed

Places of worship, because we respect the hustle

Museums, because the way things are going we’ll have to send half the loot back soon

Arcades, because fruit machines and toy grabbers are a social good

Campsites, because seeing you settle for that when you had a villa in Sicily booked will be hilarious

Fairs, because the blokes who run them scare the shit out of us

Schools, which pisses us right off but apparently they’re 30 kids to a broom cupboard these days

Swimming pools, because nobody’s ready to see you mostly naked for at least another six months

Spas, because come on, they’re bollocks

Gyms, because you’ve either proved you can either work out without them or proved you’d rather f**king not

Nail salons, because we can’t spare the masks

Nightclubs, because it’s so much healthier for young people to attend good, honest illegal raves in the open air

Bowling alleys, because that shoes thing urgh and they’re not even good ironically

Theatres and orchestral performances, because if you thought a lone person in the audience coughing ruined them before then imagine it now

Your souvenir Victory Over Coronavirus article 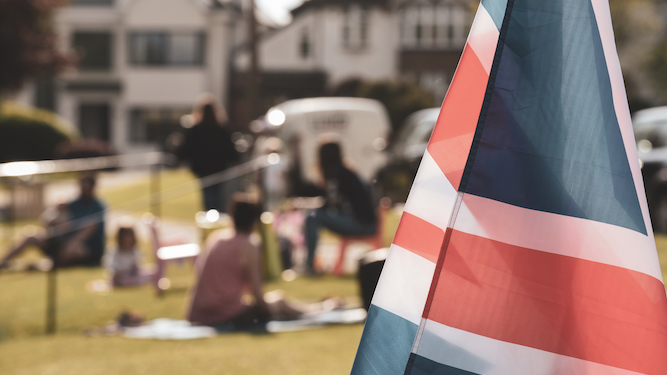 REJOICE! Plucky Britain has defeated coronavirus and our victory celebrations may begin. Print out and frame this historic article as a souvenir of our second-finest hour.

All hail Alexander the great!

Boris Johnson’s superb leadership, matchless intellect and vast vocabulary has saved our nation at the cost of only the third highest death toll in the world. He’s the new Churchill, but with a V2 rocket in his pants.

Start a petition for Victory Over Coronavirus Day

Hassle your MP, local council and the poor sods unlucky enough to follow you on social media about making 4th July ‘VOC Day’. Attention-seeking voids from Mark Francois to Gary Barlow will support it, so it might even happen.

Put up a random jumble of patriotic pictures

Make a deranged collage celebrating Britain including Blair, Thatcher, the Dambusters, the Earl of Sandwich, Jethro Tull, Steve Cram, a cup of tea, the Arnhem Landings and whatever other nonsense comes immediately to mind, like Michael Caine in Zulu.

Get out the trestle tables and sausage rolls because we’re going to party like it’s 1977. Add Union Jack tablecloths and bunting for an unsettling British Nuremberg atmosphere. Suspend a large model Spitfire over the street, hovering like a bird of prey.

Mint your own commemorative coin

Get a regular 50p coin and glue a picture of a coronavirus being mauled by a lion on the other side to Her Majesty. This will become a priceless family heirloom, and considerably cheaper than the commemorative coins the Daily Mail will inevitably be flogging.

Have a coronavirus baby

Impregnate or get impregnated by on 4 July and name the baby accordingly. ‘Hope’, ‘Victory’ and ‘Triumph’ are perfect names to remember these historic times, though ‘Lockdown’ might work if your child ever becomes a grime rapper.