Health campaigners may actually be insane

FANATICAL public health campaigners may be mentally ill, it has emerged.

Doctors who want smoking banned for anyone born after 2000 are being asked whether their obsessive quest for the perfectly healthy human might have turned them a bit funny.

Professor Henry Brubaker of the Institute for Studies said: “Health campaigning began innocuously with pre-war posters saying things like ‘Eat an apple!’ and ‘Don’t drink beer all the time’.

“But the next big campaigns are going to be about travelling back in time to unsmoke any fags you’ve ever had, and worshipping Fruitor the fruit god.

“The problem with health campaigners is they get so into physical health they can’t form a mental image of anything except  a wicker basket full of shiny apples, thus they end up completely barking.”

Sales manager Roy Hobbs said: Health campaigns make you feel worse than a distraction burglar if you have two cans of Coke a day.

Its as though doing anything unhealthy means youre stealing money from the NHS which could be used to treat decent people. You know, the ones who think drinking more than two glasses of wine means youre Sid Vicious at his most nihilistic.”

“Which is a shame, because I could easily get people to renounce ready meals if I could use red-hot pliers on them. 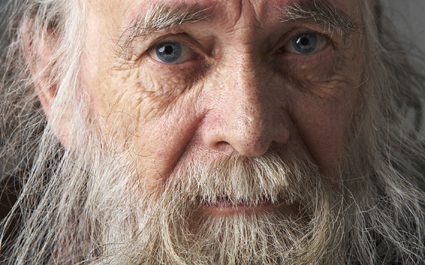 A HOMELESS man drinking high-strength lager in a park is going to enjoy today more than you.

While you are at work, 53-year-old alcoholic Martin Bishop is going to sit in the sunshine getting drunk on the contents of his plastic carrier bag.

He said: “Mostly my life is not really that great, in fact it’s quite depressing especially when I get chased by stag parties or am sick in my lap.

“Today though the sun is out and while you are staring at a computer I shall be draining my fifth can of liquid gold.

“Swings and roundabouts, I suppose.”