DIET experts are exploring a new theory that an inbuilt sense called ‘hunger’ may somehow indicate how much food we should consume.

Following continued confusion over whether it is better to eat vast amounts of chips or loads of chocolate bars, health advisors have begun work on a new theory that humans may have an instinctive means of gauging their calorie intake.

Professor Henry Brubaker of the Institute for Studies said: “It’s hard to pinpoint why most Britons are overweight, but it may be linked to constantly eating shitloads of food just for something to do.

“There is evidence to suggest that the stomach gives off a ‘full’ or ‘bloated’ feeling when it is full to capacity with food products.

“Rather than ignoring it because Doritos are delicious, we can take heed and stop eating food for a bit.

“Having breaks of up to several hours between putting things into your mouth may result in a weight loss effect.”

43-year-old Julian Cook said: “I’ve heard about this sensation called ‘hunger’. It’s an empty feeling, almost a sadness, that comes from an interruption in one’s access to snack foods.

“Why would I listen to my body though? Clearly it is a fat idiot.” 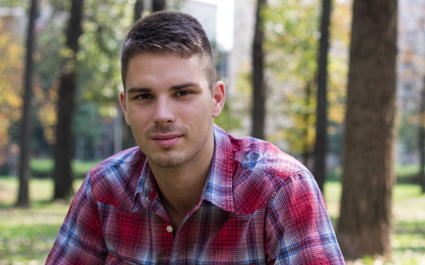 A MAN has kicked a football with sufficient accuracy back to a group of lads in the park, giving him his happiest moment in years.

Tom Logan was strolling through his local park in Stevenage yesterday when the ball rolled towards him. He stopped it with his left foot before switching to his right and chipping it straight back to the feet of one of the players.

Logan said: “It was like Andrea Pirlo. I couldn’t have placed it any better.

“You could tell how impressed they were. I think they wanted to invite me for a game but obviously they could see I was kind of busy.

“They’ll probably reference me in a rap that they do, or something like that.”

Teenage park footballer Wayne Hayes said: “After he kicked it back he stood there for a few seconds as if he was basking in the moment.

“It was sad and it made me hate him.”