WANT to celebrate a year of lockdown by strutting down the Asda aisles like John Travolta doing a Liam Gallagher impression? Try these:

The flu brigade blocking your way to the Rustlers burgers in their masks? Don’t scuttle apologetically through a narrow gap. Walk aggressively toward them and watch them scatter like chickens as an alpha shopper arrives.

Body language is the easiest way to let everyone know they need to piss off out of it. Throw those arms out wide, go at your own pace and let the geriatric and nervous worry about it when you double back after changing your mind about how many packs of bacon you’ll need.

Being the biggest dickhead in the supermarket is easy – you just have to own it. Have confidence and treat the place like it’s your gaff and they’ve got a nerve being there. After all you shop there twice a week, spending upwards of £80, so you’re paying the wages and it’s your shop and you can do whatever you like.

Talk on the phone

Some people don’t understand subtlety. So give a mate a call, pull your mask below your chin and talk loudly about the idiots who’ve fallen for the pandemic scam and how social distancing can piss off. You’ll empty any aisle you walk down.

Be genuinely thick as pigshit

To crash through even the smallest Sainsbury’s Local like other people don’t exist it helps to be authentically stupid. That way you can still say ‘I’ve no idea how long two bloody metres is, have I?’ after a year of explanation while bouncing off people to get to the lagers.

Six bloody confusing things about working in an office, by Prince Harry 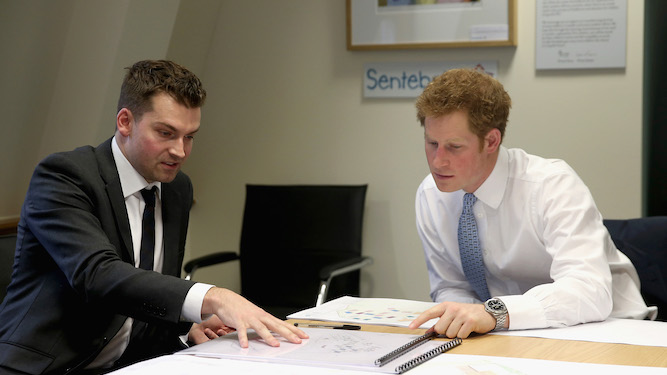 WELL, I’ve gone and got a proper job. Sort of. But no one warned me working in an office would be such a minefield. Here’s what I’m learning:

You’re not actually in a cell, but you spend at least seven hours a day sitting in the same spot. You’re allowed to walk around, but only for short periods. Looking back, I’m glad I never got captured by the Taliban. Seems a ballache.

Certain co-workers are clearly attracted to others. But instead of just going at it like the lads used to in Khandahar province, they hover pathetically around desks trying to impress each other with shit jokes and leftover donuts, which I doubt would have won Meghan’s heart.

Banter’s not really up to military standard

Office workers claim to love banter. Being skilled in ‘bantz’ from my army days, I attempted to bond with a co-worker by mocking him with a term that is apparently racially offensive.  Now I have to go on a diversity course. It’s possible Piers Morgan had a point.

People quite often seem not to be working, just snacking or f**king around on Facebook. This strikes me as a massive waste of time, and I’ve sat through the Royal Variety Performance. Trying to persuade Meg to start a global campaign to set office workers free at 3pm.

Makes sense for everyone in offices to have their own toilet, because listening to someone windily excreting two feet away is unpleasant and puts you right off your office lunch. Which apparently is always a tuna and sweetcorn sandwich with horrible mayonnaise, like the food served when you officially open a leisure centre in Oxford.

My understanding is: you’re invited to a discussion of something you’ve not been briefed about, various twats drone on to try and impress people, then your boss does exactly what they’d planned in the first place. And they say the Royal Family is pointless.